Video+Story: Whataburger, Nike, and the ‘Sole’ of an Artist

With his family’s encouragement, Jake Danklefs turned a childhood hobby into an artistic business — with a year-long waiting list.

“My brother was 14, into basketball and cool shoes,” Danklefs says. “My mom was an artist. All those things combined into me drawing shoes at an early age.”

“LeBron James was my first big celebrity order,” he says. “He wanted to commemorate his second championship with the Miami Heat. He left the design up to me.” 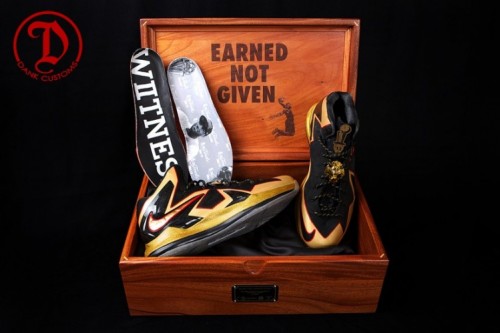 Danklefs customized a pair of LeBron 10s with gold sparkles and black and red trim. When James shared a photo of the shoes on social media and wore them for a Sports Illustrated cover shoot, everything changed.

Suddenly, everyone wanted their own pair of Dank Customs.

Before the Sports Illustrated cover, Danklefs could turn an order around in four or five months. But with orders skyrocketing, supply couldn’t meet demand.

“After that, it turned into a year,” Danklefs says. 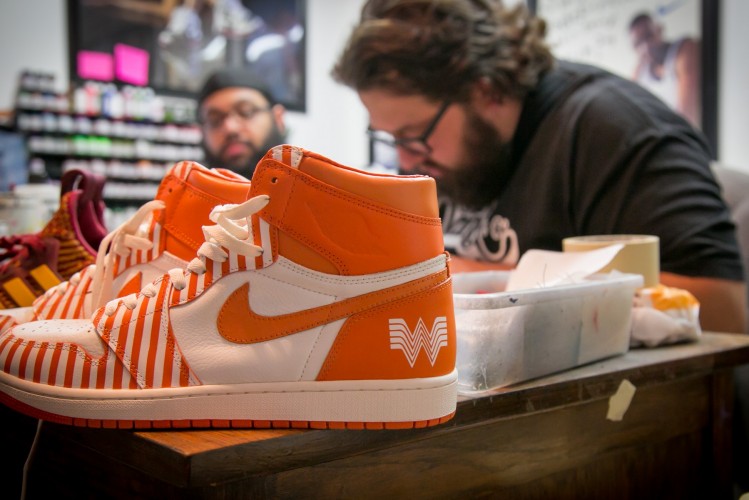 Danklefs remembers drawing original sneaker designs as young as age six. His mom sent the drawings to Nike, “but we never heard back.” The first time he put paint to shoe was with his mom’s nail polish, adding different logos and coloring the eyelets on a pair of old Vans.

As he got older, the real world stole his focus. Danklefs was a full-time energy efficiency consultant, quietly customizing sneakers on the side, when his father was diagnosed with cancer.

“I quit my job so I could spend more time with him and focus on Dank Customs,” he says. “He wanted me to do the same. He saw what I was doing and really wanted me to push to make it work.

“I had been in an apartment, working on a folding table at the couch. Before he passed, he bought me this house. He wanted me to expand this business.” 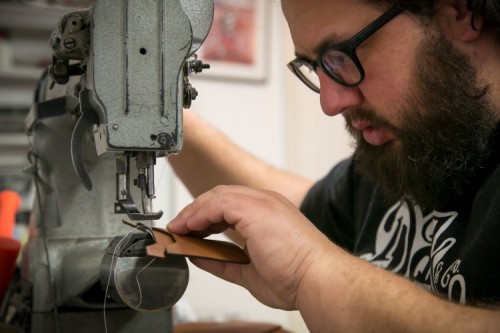 Danklefs makes leather goods under a second name, Wesco, after his father’s old construction equipment business. It gives him a chance to play with different materials, which he’d like to bring into Dank Customs.

“There’s a lot of things paint just can’t do,” he says. “I’m trying to do more cut and sew using designer bags or different hides. It creates a way more shocking appearance.”

His biggest artistic influences come from another industry — auto designers Chip Foose, Jesse James and Aaron Kaufman are at the top of the list.

“They take the extra step to do things beyond just perfect,” he says. “They do things that nobody else takes the time to do.”

That’s the same kind of commitment Danklefs has to his own designs, which can cost thousands of dollars. “There are a lot of people doing what I do with no artistic ability or design influence,” he says. “My work is time consuming and detail oriented, and you can see the difference.”

Want a chance to lace up your own one-of-a-kind Whataburger kicks?  Share your favorite customer order in our #WhataThoseContest.  Check out the RULES here.

Staff Reports are just that, Staff Reporting the news. No skew, no opinion just the news. We pride ourselves on making sure that we bring you the news as soon as it is published, submitted or sent to us. No need to have a reporter rewrite or give their opinion. The facts or information, nothing more.
Previous Senate Gives Initial OK to Property Tax Rate Elections in Cities, Counties
Next Experienced Winemaker Named new Viticulturist at NMSU