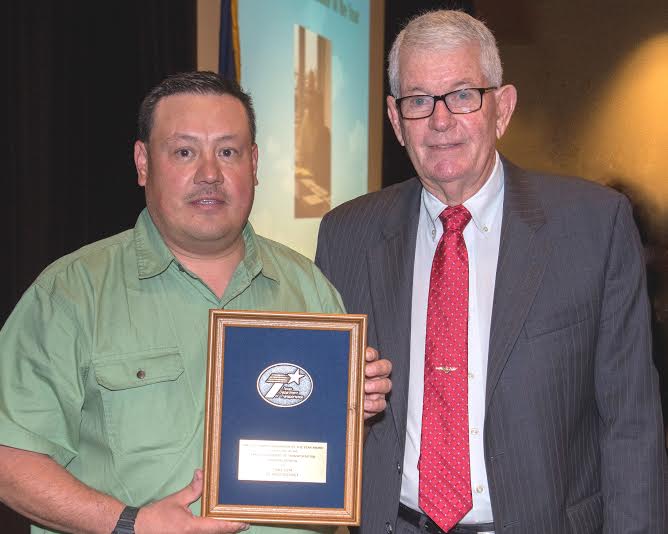 The Texas Department of Transportation presented Tony Loya with the 2016 RAMP (Routine Airport Maintenance Program) Coordinator of the Year award. .

An employee of the TxDOT El Paso District, Loya coordinates the RAMP program, established in 1996 as a grant program to encourage routine maintenance at general aviation airports across the state. The program is supported by all 25 TxDOT districts and is available to nearly 300 airports statewide.

Loya, relatively new to the program, has performed at an outstanding level from the very beginning.

Within a month of his appointment as RAMP Coordinator, he had solved several maintenance issues at one of his airports and arranged for repairs to failing pavement at others. RAMP Coordinators are TxDOT district-designated employees who work with the Aviation Division to provide assistance to community airports located in their districts.

Airport officials from Loya’s district have nothing but praise for him – specifically for his ‘hands on’ approach in helping them meet airport maintenance needs.

“He is the most accomplished self-starter I have ever seen,” said David Fulton, TxDOT Aviation Director.

The award was presented recently at a banquet held during the 2016 Texas Aviation Conference.