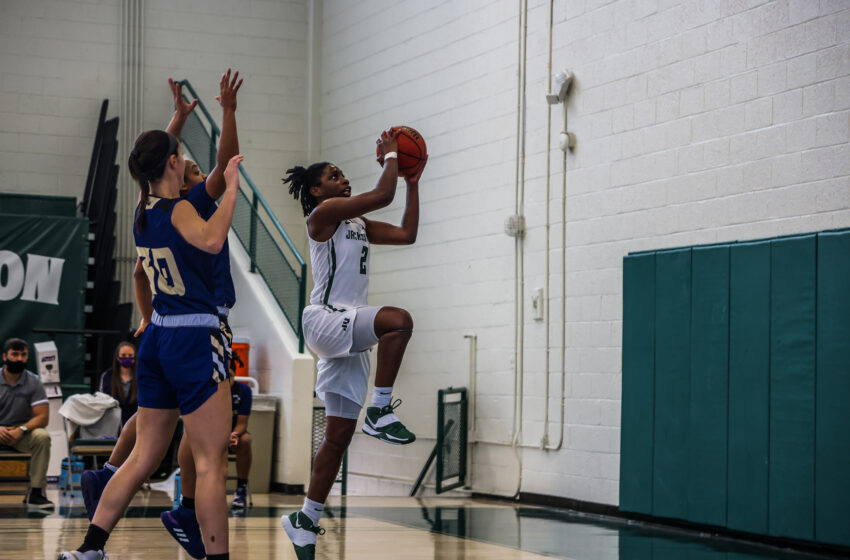 Head Coach Kevin Baker: “Before Erin got hurt last season she was one of the top players in her respective conference. She has the ability and athleticism to be an outstanding UTEP Miner for years to come…”

“We are so excited to have Erin Wilson join our basketball program. Erin is a terrific all-around player. She can score off the dribble, solid from mid-range, and can shoot the three. She has a strong defensive motor and knows how to rebound the ball,” Head Coach Kevin Baker shared.

“Before Erin got hurt last season she was one of the top players in her respective conference. She has the ability and athleticism to be an outstanding UTEP Miner for years to come. Erin’s signing rounds out one of the best recruiting classes we have had in my tenure in El Paso, Texas.”

Wilson will have three years of eligibility with the Miners.

Two-year letter winner for Jacksonville University, including starting all eight appearances in 2020-21 before sustaining an injury … averaged a team-leading 15.8 points while ranking second on the squad in rebounds (6.4 rebounds per game) … nailed 70.0 percent (21-30) from the charity stripe … had consecutive career-best 26-point games in the “River City Rumble” against North Florida (1/16/21 and 1/17/21) … tallied 17 points against North Alabama (1/23/21) … stuffed the stat sheet with 13 points and four steals against Liberty (1/31/21) … recorded a double-double with 25 points on 10-18 shooting to go along with 11 rebounds in a victory against Bellarmine (2/7/21) … played in 28 games as a freshman, including one start … notched her first career double-double with 18 points and 10 rebounds at FGCU … both were season highs … had another double-double (10 points, 10 boards) in the ASUN Tournament Quarterfinals vs. North Florida … overall hit double figures in scoring in four games … averaged 10.7 minutes per game … standout for Auburndale HS, starting all four years … was a 1,000-point scorer by the time she was a junior … averaged 32.5 points per game as a senior … helped lead her team to a district championship.