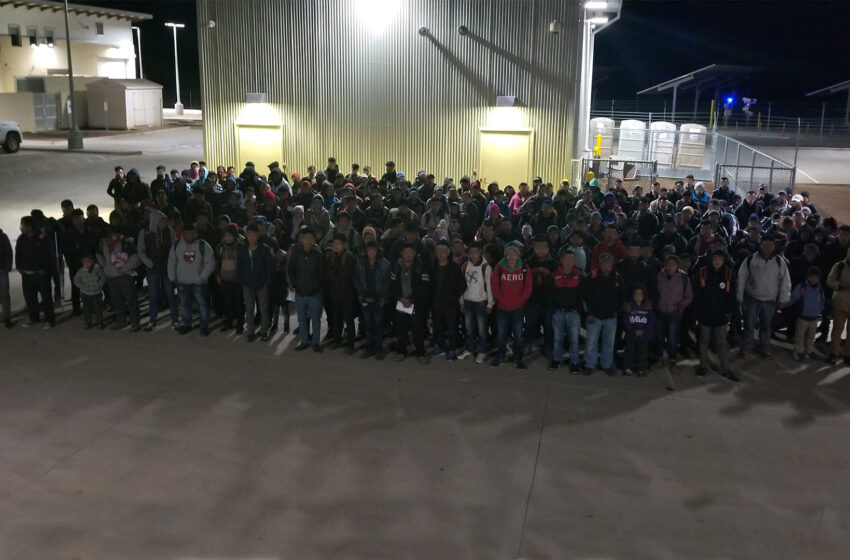 On Wednesday, Border Patrol officials announced that 247 migrants were smuggled into the US in the ‘Bootheel’ area of Southern New Mexico, and surrendered to agents.

Details of the incident were released, along with two photos of the large group, via a news release.

According to agents, just after midnight on Wednesday, January 16, 2019, “a large number…turned themselves in to Border Patrol Agents working at Camp Bounds Forward Operating Base at Antelope Wells.”

“The majority of individuals from this group are from Central America with many in the group immediately claiming the need for medical care. The group included family groups with small children as well as unaccompanied juveniles that continue to put their trust and money in smuggling organizations while undertaking the dangerous journey,” officials said.

Border Patrol officials added that since the start of fiscal year 2019, criminal organizations are responsible for at least 24 large groups of migrants that have been crossed in the Lordsburg area.

A large group is defined as a group consisting of 100 or more people that enter together.

The 24 large groups are for that area alone and do not take into account the number of arrests made in other areas within the El Paso Sector.