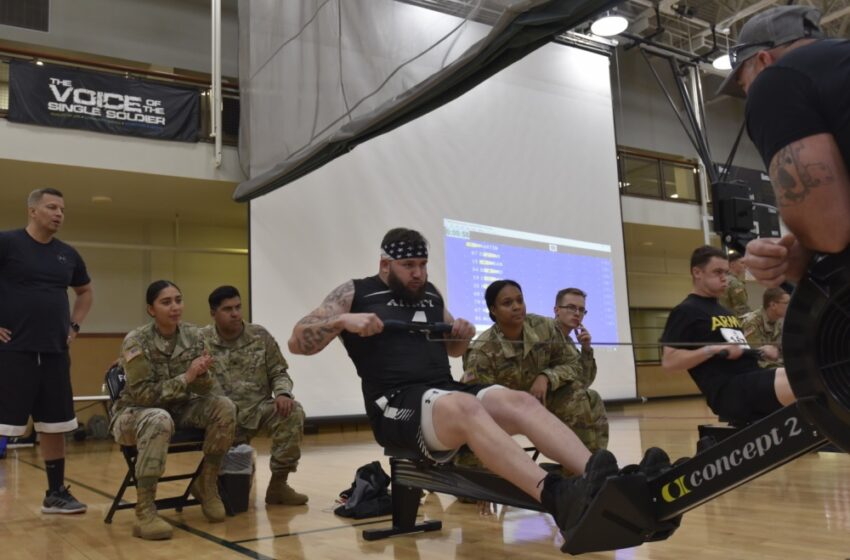 Two years ago retired Staff Sgt. Ross Alewine was adjusting to his new normal, after undergoing multiple surgeries. The twice-deployed infantryman was dealing with an Achilles rupture and shoulder reconstructive surgeries that would take him out of the Army.

“I was real competitive in high school I played all sports then I went in the Army and I wanted to be the best in my job. When I couldn’t do my job anymore, it came back to ‘hey I can do sports again so let’s be the best at that’,” said Alewine.

He truly was the best after earning the title “Ultimate Champion” at the 2018 Department of Defense Warrior Games, a title reserved for the top athlete. Alewine is going for back-to-back wins of the title, something that’s never been done before. Competing in this year’s Army trials at Fort Bliss has Alewine wanting to show others how you can recover and overcome any setback.

“It means showing other guys and gals that you can come back and try. There’s no reason you can’t come back and compete like I’m doing.” Coming back from injuries can be hard and Alewine knows it. He lived the impossible dream and dared to dream it again but he says you have to never give up.

“I say be persistent and keep your head up. If you get knocked down 10 times get up 11, laugh and then ask for more. Get off the couch that’s the biggest thing,” said Alewine.

Adaptive sports helped get this champion off the couch. His recovery at the Fort Belvoir Warrior Transition Unit was more than a fix for what was broken.

“(Fort Belvoir WTU) absolutely saved my life. From saving my life to it helped me get around more and be more active- I’m in great shape, I’m able to do more with my kids and I’m able to be a functioning member of society.” It wasn’t easy but he encourages any wounded, injured or ill Soldier to go for the gold but cautions you have to start small like he did.

“I could barely push around in a basketball wheelchair and now I just won a gold medal with Team U.S. at Invictus but you gotta start somewhere.”

Alewine started at regional-level trials, then won at the Army-wide trials, then went on to win at the Department of Defense Warrior Games. His trip to Invictus Games in Sydney last October, he says was priceless. In fact he claims he felt like a million dollars at those games.

“Walking in with Team U.S.A. on your back representing the country you fought for and then actually going over there and doing pretty good, there’s nothing like it!” Alewine is competing in swimming, rowing, archery, power lifting, cycling, seated volleyball and wheelchair basketball at Fort Bliss, March 6-16, with the desire to go back to Warrior Games on Team Army as an Ultimate Champion once again.