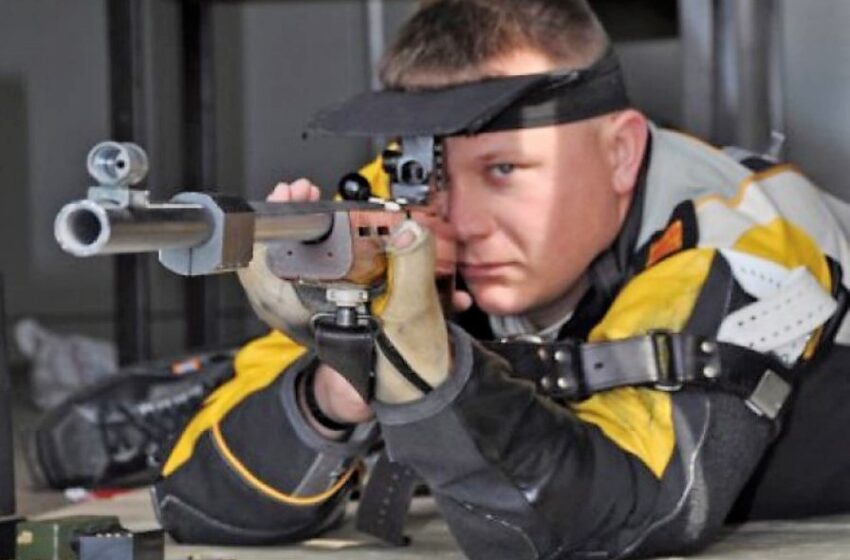 ARLINGTON, Va. – One of the most famous lines and songs from the critically acclaimed Broadway musical Hamilton is “I’m not throwing away my shot.”

Long before Lin Manuel Miranda’s hit Broadway show was created, U.S. Army Sgt. 1st Class (Retired) Josh Olson had that very thought in his mind. The Infantryman from Spokane, Washington lost his right leg from a rocket propelled grenade in Iraq in 2003.

“My amputation is my entire right leg. The medical term is hip-disarticulation. I just say I’m an overachiever and if I’m going to do something I go all the way,” Olson chuckled.

As he adjusted to his new normal, Olson turned to adaptive sports to stay active and ultimately stay in the fight. “Adaptive sports helped me stay in the Army. I was a competitive rifle shooter for the Army and I was able to help create a Paralympic team at the Army Marksmanship Unit,” he added.

Since his injury, Olson had many triumphant moments, but he sets two particular ones apart: walking out at the opening ceremony of the 2012 Paralympic Games in London and starting the Wounded Warrior shooting team at the Army Marksmanship Unit. Olson has retired from the Army and competitive shooting, but now wants to try new sports and, hopefully, represent Team Army at the 2019 Department of Defense Warrior Games in Tampa Florida, 21 – 30 June.

In order to earn that chance to compete at DoD Warrior Games, Olson will join other wounded, ill and injured Soldiers and veterans at the 2019 Army Trials at Fort Bliss, Texas 5 – 16 March where he will compete in powerlifting, archery and rowing. He’s been training and preparing for the event and is not throwing away his shot to make Team Army.

“Shooting sports taught me that to be the best, you have to not only train hard, but smart. I have been using that approach leading up to [Army Trials].”

He shares his own trials and tribulations in the hopes of encouraging others to take their shot and gives advice based on his own experience.

“Set short and long term goals in all aspects of your life. It will get you through the frustrating times of your recovery.”