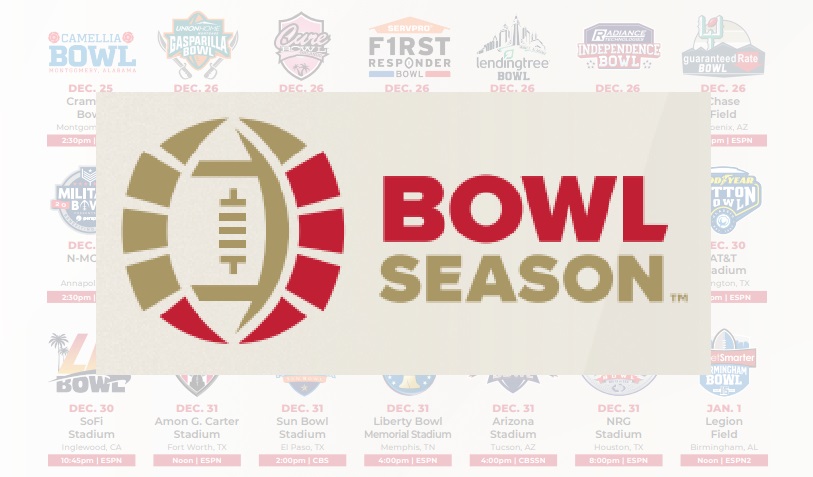 DALLAS – Bowl Season today announced the complete 2020-21 college football bowl schedule, which includes 37 games, beginning December 19. All games will be televised on ESPN channels, with the exception of two bowls to be seen on CBS channels.

Bowl matchups will be revealed following the regular season and conference championship games. Bowl Season culminates with the 2021 College Football Playoff (CFP) National Championship, scheduled to be played on Monday, January 11, at Hard Rock Stadium in Miami. Game times will be announced at a later date.
“We are thrilled to have the Bowl Season schedule set,” said Nick Carparelli, Executive Director of Bowl Season. “It has been an exceptionally unusual year due to the pandemic. But thanks to the flexibility and cooperation of the conferences and bowl partners, we are excited to reward student-athletes. These games will be a great way to highlight the many accomplishments of teams who have persevered through a very challenging year. Their hard work is deserving of celebration, especially this year.”
The NCAA’s Division I Council announced earlier this month that it has waived bowl eligibility requirements for the 2020-21 bowl season. It has also waived the minimum number of contests required for FBS teams.
Under ordinary circumstances, teams must have a .500 record to qualify for a bowl game, but the Football Oversight Committee recommended suspending that rule for the current season due to the pandemic and the possible postponement and cancellation of regular season games.
“The sacrifice and commitment of student-athletes is always inspiring,” Carparelli said. “For the vast majority of seniors who play in bowl games, it will mark the end of their journey as football players. We’re so honored to provide them and their families the thrill of soaking it all in one last time.

More information can be found at www.bowlseason.com 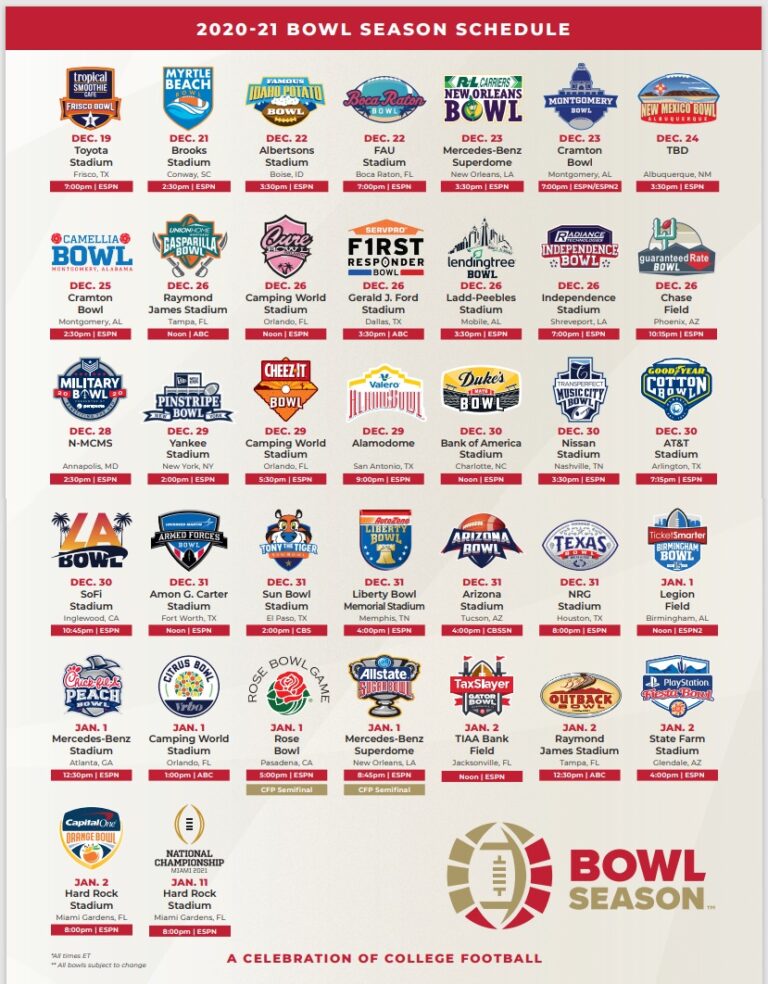 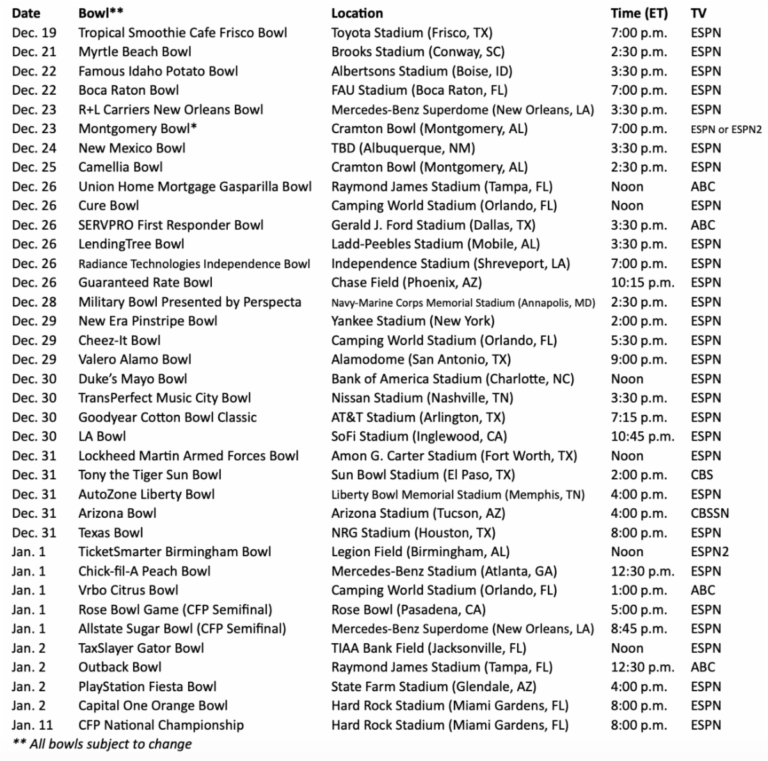