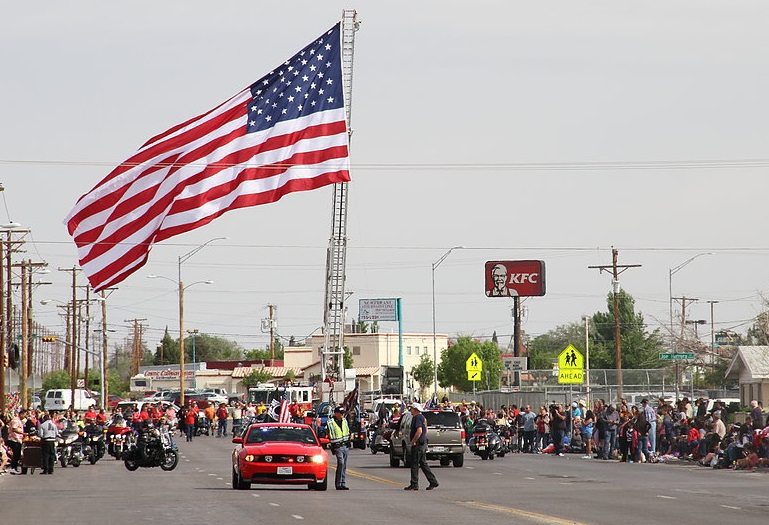 The 39th Annual NorthEaster Parade, presented by the Transmountain Optimists, once again takes to the streets of Northeast El Paso on Saturday, April 15, 2017, at 10:00 a.m.

More than eighty floats, marching bands, residents and businesses plan to march down the 1.5 mile route, which will begin at Magoffin Middle School at Hercules and Diana, and end at the Northeast Transfer Station at Dyer and Diana.

Nominees for Grand Marshall are chosen by the NorthEaster parade committee for being a pillar in the community , citizens who exemplify and embody all the virtues and valor of our diverse culture and community.  This year’s Grand Marshall is El Paso’s Mayor, Oscar Leeser.

The first parade was only a small part of the Northeast World Jubilee (NWJ) sponsored by the Transmountain Optimists (TMO) which ran from September 29 to October 2, 1978. The parade continues to be the only Easter parade in El Paso.

All participants have the option of entering our float contest.  Awards for the following categories will be presented: