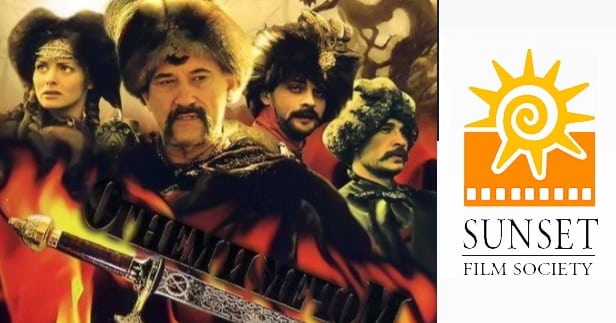 The 3rd annual International Film Festival, presented by the Sunset Film Society, will raise the curtain on the month-long film extravaganza on Saturday, September 1st with an epic film from Poland.

With a 1 p.m. start time, rather than the regular 2 p.m., the festival leads off with ‘With Fire and Sword,’ a 3-hour Polish historical epic, with a 10-minute Intermission as part of the presentation.

Hosted by film historian, educator, writer, archivist, publisher, and collector Jay Duncan, the films selected for the festival span the globe, and cover a wide swath of both world history and film history.

“It is only fitting that we begin our French presentation of the 3rd annual International Film Festival with a brief history and presentation of one of Georges Méliès most famous and noteworthy productions, presented in the original hand-colored process. The literary source material was adapted from H.G. Wells’ “First Men in the Moon” and Jules Verne’s “From the Earth to the Moon”. It is with extreme pleasure that the Sunset Film Society pays tribute to this famous French film pioneer–tragically overlooked in America–as the Cinema’s 1st Creative Artist.”

As with all presentations by the Sunset Film Society, freshly popped theater popcorn, beverages, candy and snacks will be available for purchase.

Below is the schedule for the film festival. All films will be shown in the country’s respective language with English subtitles

To view in-depth information on each film, visit the Sunset Film Society’s webpage.