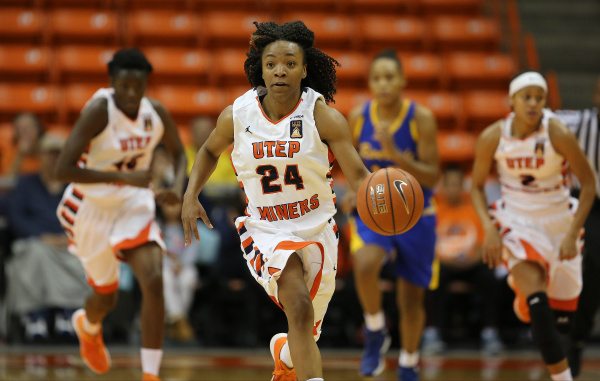 The UTEP women’s basketball team flexed its defensive muscle while also showing off its depth in a 68-57 victory against visiting UC Riverside at the Don Haskins Center Friday evening.

The Orange and Blue advance to the championship game of the Fifth-Annual Thanksgiving Classic to play Idaho State (2-3) at 7:05 p.m. Saturday. The Bengals used a three pointer at the buzzer to knock off Southeast Missouri, 65-64, in the first game of the tournament. Southeast Missouri (4-2) will face UCR in the battle for third place at 4:35 p.m.

“Our defense was great but what won the game for us was pounding the glass and dominating the boards,” UTEP head coach Keitha Adams said. “I’m really proud of the team because it was truly a team win.”

UTEP overcame a sluggish start to finish at 40.0 percent (26-of-65) from the floor. It featured a balanced attack, with six different players scoring at least nine points. Cameasha Turnerled the way with 11 followed by 10 points from Starr Breedlove, Daeshianna McCants, Chrishauna Parker and Sparkle Taylor tallied nine points while Jenzel Nash pitched in eight.

Breedlove also recorded a game-high six assists. Nash grabbed seven rebounds to pace the squad in the department while Parker secured six. McCants and Tamara Seda got in on the fun as well with five caroms while Breedlove and Taylor had four apiece.

The Miners’ depth played a big role in the game, with twelve different Miners playing in the contest. Adams did an outstanding job of spreading minutes around, with 10 individuals earning 10+ minutes yet no one played more than 30.

Annelise Ito tallied 14 points to pace a quartet of Highlanders in double figures but aside from that group no one finished with more than four points.

UCR started quickly, bolting out to a 13-7 lead with 3:32 to play in the first quarter. UTEP regrouped nicely, peeling off eight straight points to grab a 15-13 lead heading to the second quarter. The teams traded blows in the second stanza before the Miners clamped down to hold UCR scoreless over the final two minutes of the frame. UTEP managed four points in that sequence, affording it a 32-27 advantage at halftime.

The Miners scored seven of the first nine points in the third quarter to grab their initial double-digit lead (39-29) with 7:35 left in the quarter. UCR battled back and managed to whittle the deficit down to four (47-43) but it could get no closer. UTEP wrapped a 15-4 run around the end of the third and start of the fourth quarter to blow the game open.

To their credit the Highlanders continued to play hard but the damage had been done. 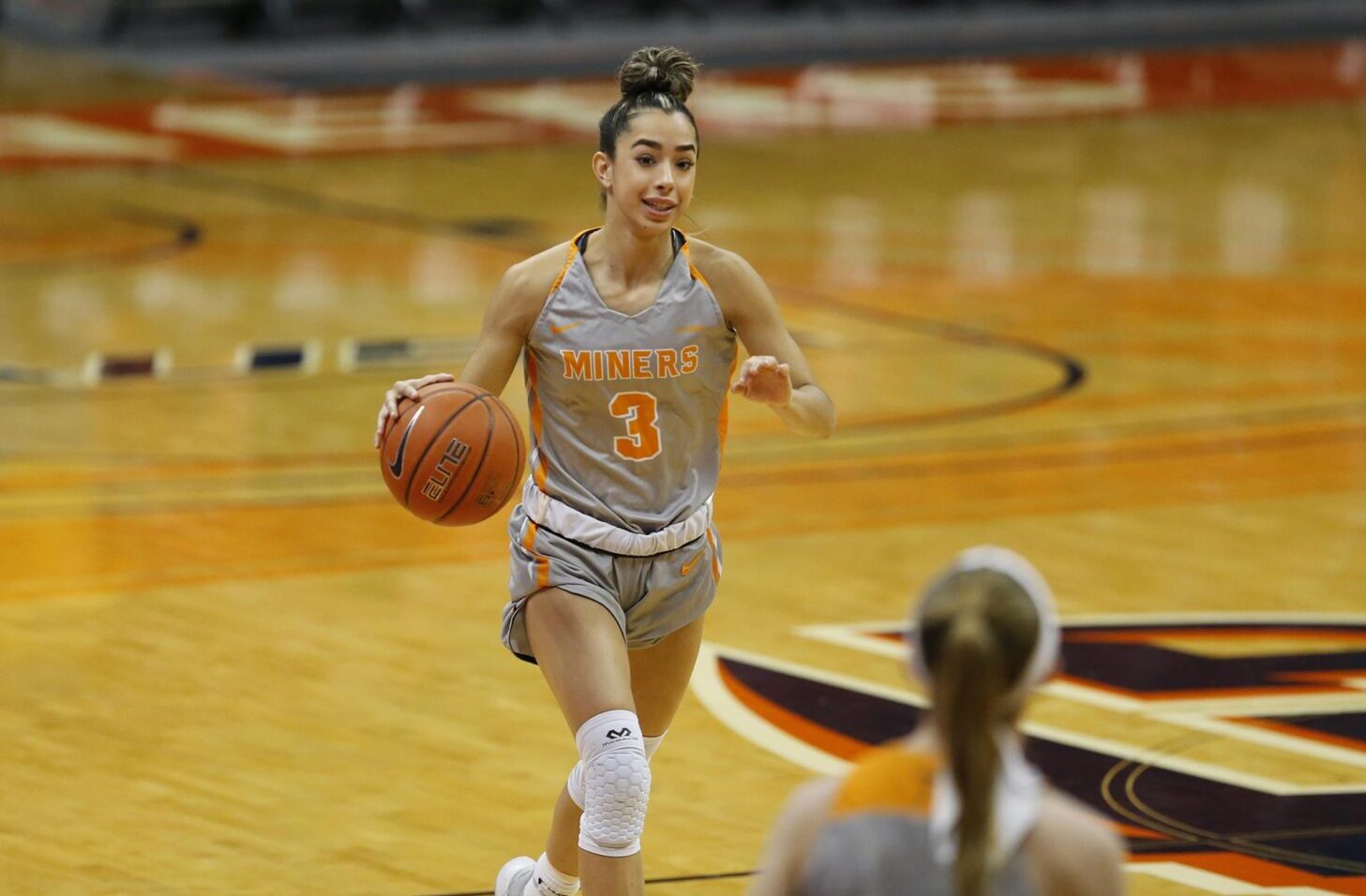