The Miners (5-0) nailed 11 three pointers (tied eighth all time), including four by Nash-who was named the tournament’s MVP- while also harassing the Bengals (2-4) into 22 turnovers. UTEP took great care of the ball by committing a season-low nine turnovers and had advantages in both bench scoring (16-4) and points off turnovers (17-8).

ISU drilled 43.4 percent (23-of-53) of its shots and controlled the boards (39-29), but the issues with ball security and an inability to slow down the Miners from distance doomed the visitors. Apiphany Woods led the way for her squad with 18 points. She was named to the All-Tournament team, along with Olivia Hackman (Southeast Missouri), Brittany Crain (UC Riverside), Starr Breedlove (UTEP) and Nash (UTEP).

“I’m proud of our team for how we played hard,” UTEP head coach Keitha Adams. “I’m proud of El Paso for showing up and we’re excited to win our tournament.”

UTEP dominated the second and fourth quarters, outscoring the Bengals by a combined count of 40-25 in those quarters. The ability to take it to another level proved too much for ISU to handle. UTEP led for 32:38 of the contest and never faced a deficit greater than three throughout the tilt.

Cameasha Turner (12 points) and Breedlove (11 points) joined Nash in double figures for scoring while Lulu McKinney came off the bench to tally seven points. But the night belonged to Nash, who filled up the stat line across the board. She was 8-of-15 from the floor, including 4-of-6 from distance, made all six of her free throws while also grabbing seven rebounds, recording five steals and dishing out a quartet of assists in 29 minutes of action.

The two sides traded baskets early on, and it was knotted at 14 at the conclusion of the first quarter. ISU vaulted ahead by one (18-17) early

in the second quarter but UTEP scored six of the game’s next eight points to regain the lead. As it turned out, the Orange and Blue would not relinquish that the rest of the way.

The margin ballooned to eight (36-28) heading into halftime and hit double figures early in the third quarter. The Bengals regrouped and fought to trim the deficit down to four (49-45) early in the fourth quarter.

UTEP, though, had an answer by outscoring ISU, 18-9, the rest of the way to cruise to its fifth double-digit victory in as many contests this year.

UTEP will return to action when it plays host to I-25 rival New Mexico at 4:15 p.m. MT Wednesday.

It is a special early tipoff in order for Miner fans to be able to cheer on the women against the Lobos before making the trip up I-25 to support the men’s team at New Mexico State. 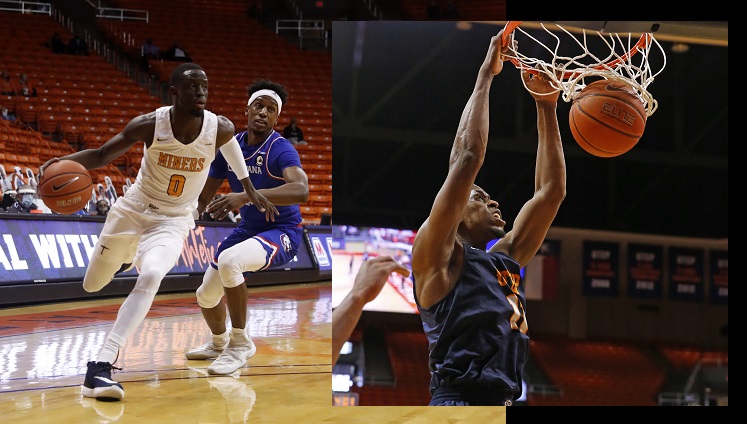 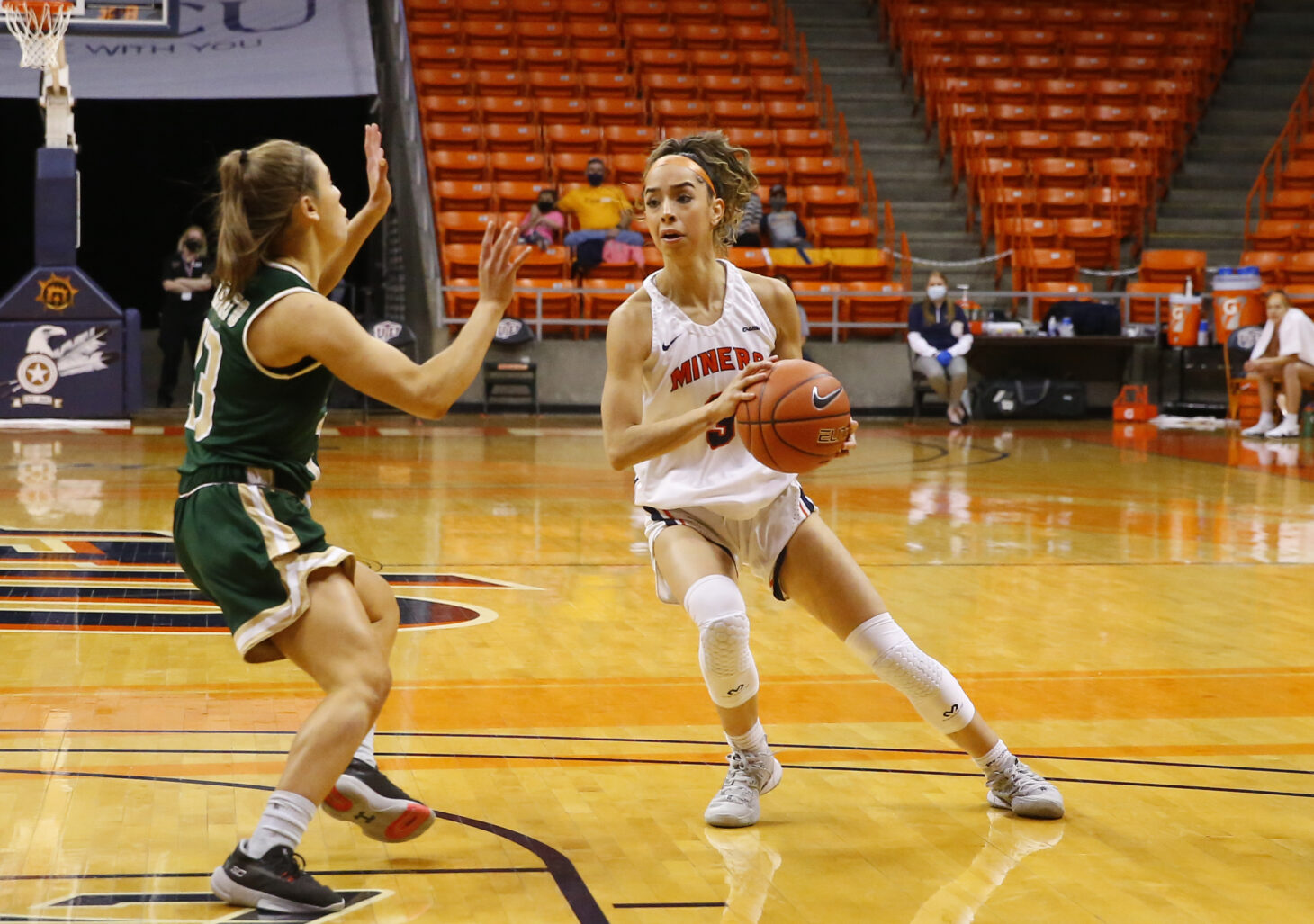