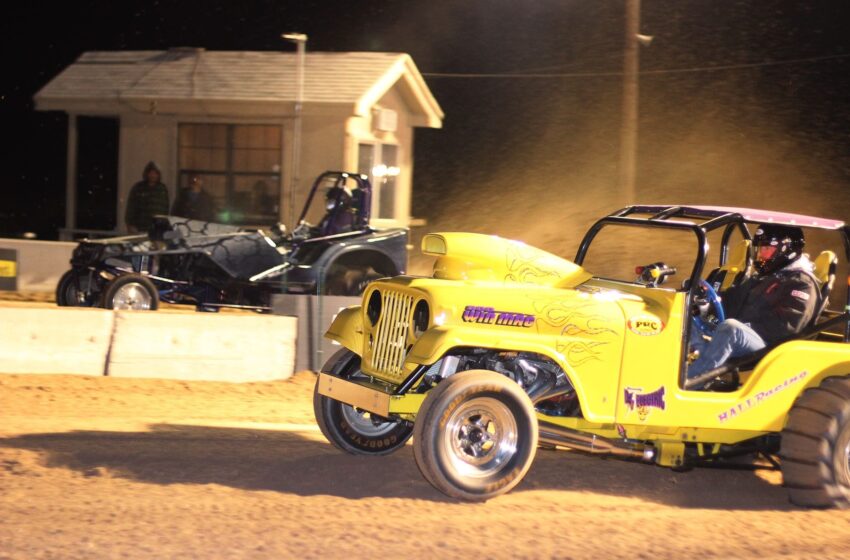 Saturdays, such as December 4th, were made for racing as the El Paso Motorplex  hosted their final sand drag event of the 2015 season.

Over 300 spectators were on hand to witness over 40 of the southwest  quickest and fastest  dirt spewing speed machines.  Aside from the Motorplex’ sportsmen classes the fans were treated to a few new classes featuring heads up round robin racing which was organized by local off road event promotion team, Rubberdown.net.

The last pass of the event came during the Pro Class final and was between New Mexico inlaws, Kathy Brown (Albuquerque) and Damon Hall (Bosque Farms).  As both racers came to the starting line, Hall aboard his 2000 “300 Win-Mag” Jeep and Brown in the “Crazy Train” Jeep Altered, had the smell of racing fuel permeating  the air.

At the hint of the green light, the air split with sound as both pilots headed down the 300 foot race course sending dirt 30 ft. high, into the air.  In a span of slightly more than 4 seconds the win light came on in Damon Halls lane.

The rest of the results are as follows: