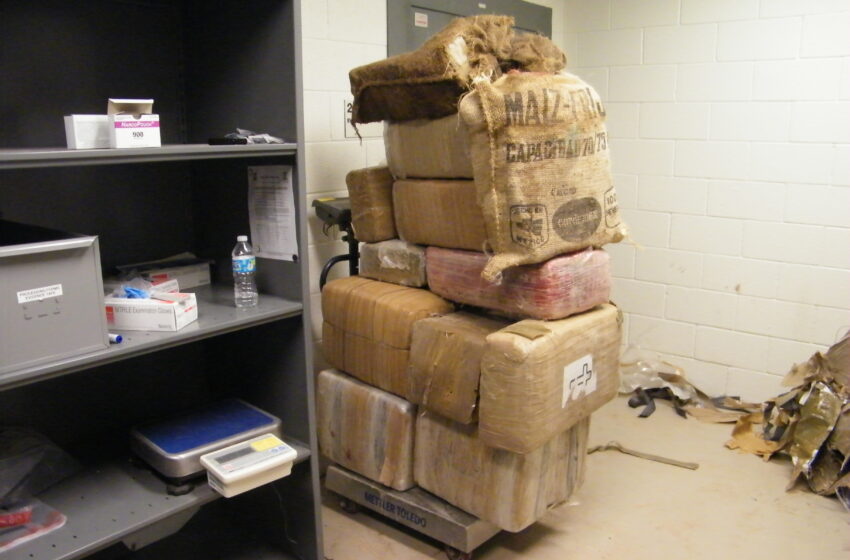 Early Friday afternoon, Agents working near Hachita, New Mexico encountered two individuals crossing the international boundary fence in an area notorious for illegal entries into the U.S. Agents gave chase and followed their footprints, which led them to both subjects who were attempting to hide in the desert brush. Both men admitted to being in the country illegally.

After further processing, it was discovered that 33-year-old Cruz Jose Martinez-Rios had an extensive criminal history, including an active warrant of arrest issued on November 17, 2009 by the Dakota County Sheriff Office, in Hastings, Minnesota on charges of “Sexual Penetration-Criminal Sex Conduct- 3rd Degree”.

Martinez-Rios will be extradited and turned over to the Dakota County Sheriff’s Office to face criminal prosecution.

Later that evening, Border Patrol Agents in Clint, Texas found themselves having to out-smart elusive drug smugglers to the tune of $325,000 in marijuana that was later seized.

The event began when one agent working near the Tornillo Port of Entry noticed footprints on the ground that appeared to have been intentionally swept away. This practice is commonly known as a “brush out”, and it’s used by smugglers and migrants as well to mask their entry in order to evade apprehension. It did not work as Agents stopped the drug smuggling effort.

After noticing the brush out, Agents followed the tracks to a shed on a family-owned orchard. Inside the shed, burlap-wrapped bundles had been hidden, all resembling the same packaging and size as marijuana bales. Six bundles were discovered and seized at the site.

Agents could not locate the smugglers inside, but continued to search the area. Their footprints were picked up again which led back the international boundary, where it was confirmed the smugglers had returned to Mexico. The bundles were weighed at the Clint Border