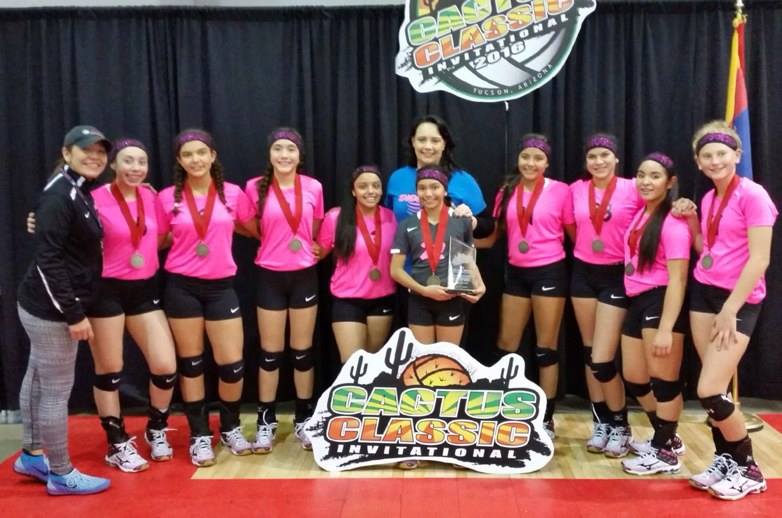 Several club volleyball teams from the Borderland made the trek west to Tucson for the annual Cactus Classic Invitational for the Martin Luther King, Jr weekend and won their divisions.

The top spot in both the Under12 and Under13 divisions went to the El Paso Diggers, made up of players from all around El Paso, as well as Fabens and Clint. The Under15 team finished second in their division. Another El Paso team, the El Paso Stars, took the Under14 division crown.

The coaching staff, made up of Tracy Lutich, Bobby Lucero, Madelynne Cera, Clarissa Ornelas and James Hill; all contributed to make the team’s journey to Arizona a success.

The Cactus Classic Invitational is a three-day volleyball tournament held annually in Tucson, Arizona over MLK Weekend. Approximately 125 volleyball teams are scheduled to compete at the at the Tucson Convention Center and Sporting Chance Center.