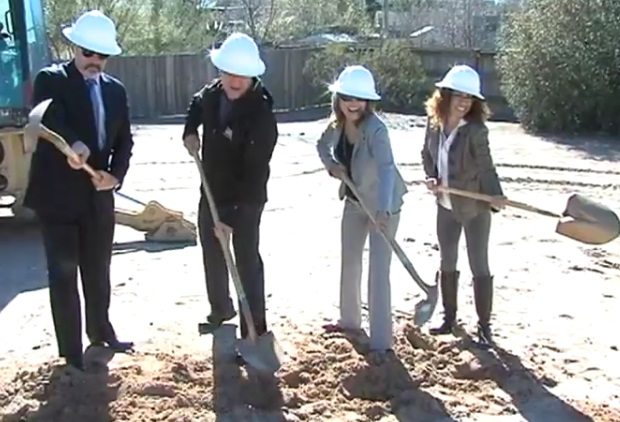 Mayor Oscar Leeser was joined by community members and Zoo officials to officially break ground on the new project.

At the wildlife theater, Zoo guests will be able to discover the majesty of animals up close. The open theater has approximately 4,900 square feet of seating area for 300 visitors. This new venue will be able to provide shows, lectures, concerts and more, in addition to the flighted bird shows and animal encounters.

Additionally, this project includes animal living spaces for reptiles, mammals, birds and invertebrates, including new animals, both for the shows and the education programs.

The wildlife amphitheater is among improvements to parks, libraries, museums, downtown, and the El Paso Zoo approved by voters as part of the 2012 Quality of Life Bond program. The El Paso Zoo was approved for $50 million to complete a 10-year master plan that is the framework for moving the Zoo forward in an exciting direction.

Video of the groundbreaking ceremony is above, as provided by the City of El Paso.