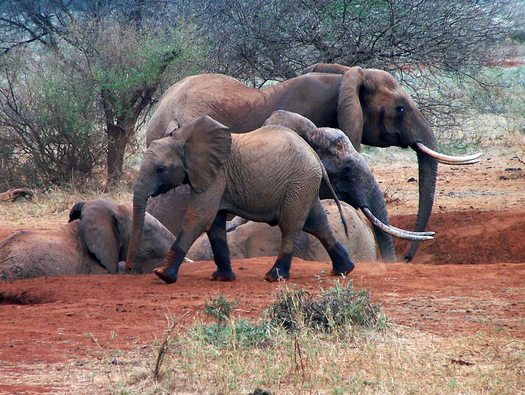 DALLAS – A coalition of animal rights advocates is protesting a federal permit that allows the Dallas Zoo and two others in the U.S. to accept African elephants. The U.S. Fish and Wildlife Service last week approved a permit for the zoos to import 18 elephants from a government park in Swaziland, in part to make room for endangered rhinos at the park.

“The Convention on International Trade in Endangered Species prohibits the issuance of permits for use of animals such as African elephants for primarily commercial purposes,” says Nasser. “And ‘commercial purposes’ are defined to include captive breeding programs.”

The zoos in Omaha, Nebraska, and Wichita, Kansas, as well as Dallas would each get six of the elephants. African officials claim they are rescuing the animals from certain death because they cannot be sustained in their current environment, where there has been a severe drought.

However, Nasser says the elephants could be relocated to other wild preserves in Africa. She adds zoos have stated in the past they hope baby elephants produced under a planned breeding program will boost ticket sales.

“Pulling them out of their natural habitat and forcing them to live in tiny enclosures that bear no resemblance to the lives they would lead in the wild suggests unnecessary suffering that has no legitimate link to conservation.”

The Animal Legal Defense Fund estimates if the 18 elephants are imported to the U.S., there will be fewer than 25 left in Swaziland. Nasser says her organization, along with People for the Ethical Treatment of Animals, the Performing Animal Welfare Society and others, are considering legal action to block the permits.