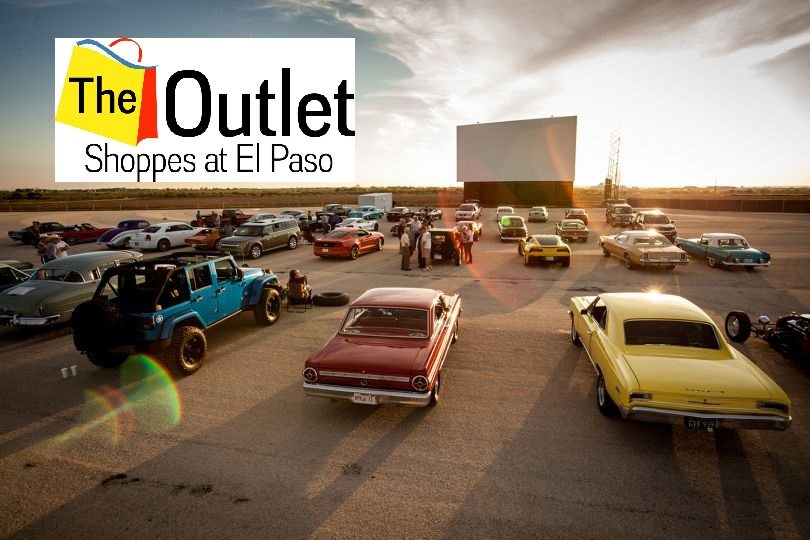 According to a report from the website Virtual Builders Exchange, a vacant lot adjacent to the Outlet Shoppes at El Paso may be the location of the area’s first new drive-in movie theater in decades.

The El Paso area was once the home of nearly 20 drive-ins, from Fabens to West El Paso to Northeast; with the last – Cinema Park 3 in East El Paso, off Montana Avenue – closing in the mid-90’s.  However two relics remain: The Ascarate, which is now an outdoor flea market and the Fiesta, once a first-run drive-in in West El Paso, that later became an adult theater and moved to far-east El Paso County.

But now, one group hopes to bring back the glory days of drive-ins.

Horizon Group Properties (HGP), a developer and manager of retail properties, has plans to bring a drive-in theater and cafe to El Paso.

Muskegon, Michigan-based HGP has an equity interest in and manages The Outlet Shoppes at El Paso, 7051 South Desert Boulevard. The outlet center opened in 2007 and the retail space expanded in 2014.

El Paso Outlet Center II Expansion LLC, a holding of the joint venture, submitted a rezoning application to change the land use on the adjacent site from Ranch and Farm to Commercial. The acting agent on the application is the civil engineering firm of Conde Inc.

City staff had no objection to the application, which was scheduled to be considered by the City Plan Commission on Dec. 17.

According to the city staff report, the Planning Division recommends approval subject to a pending traffic impact analysis and submittal to the following conditions:

“A detailed site development plan to be reviewed and approved in conformance with (city codes); a 10-foot landscaped buffer with high-profile native trees of at least 2-inch caliper and 10 feet in height … placed 15 feet on center along the property lines adjacent along the north and west; a 6-foot rock wall be erected at the side and rear of the property adjacent along the north and west or adjacent to any residential use.”

The only drive-in theater company in Texas that has opened new theaters is Lubbock-based Stars & Stripes Drive-In Theatre, which opened a second location in New Braunfels, Texas in the summer of 2014.

The Stars & Stripes concept features digital projection, state of the art sound systems, a 1950s style cafe and concession area and a playground for young children.

Currently, the closest drive-in theater to the Borderland is located in Carlsbad (NM) and does play first-run movies, via digital projectors and in-car sound. The Fiesta (no relation the adult version here in El Paso) has been open several years, and enjoys near sellout crowds during their season. To read about that drive in, click HERE .

HGP did not respond for comment on their project. Stars & Stripes did respond, saying they were not involved in the HGP project.

*NOTE: Reprinted and updated with permission from the author.

**NOTE: An earlier version of this story included the original passage stating: ‘However, city planner Michael McElroy said the applicant withdrew the rezoning request from the agenda without explanation.’ A follow up conversation with the City of El Paso (02/11/16) revealed that Mr. McElroy did not make the statement and was not involved in this project.’ We apologize for any confusion.