Superintendent Juan Cabrera is one of eight nominees for the Texas Council on Family Violence’s Young Hearts Matter Advocate of the Year Award, recognizing his efforts to curb teen dating violence among students in EPISD.

The Young Hearts Matter Advocate of the Year Award recognizes adults who partner with young people, act as leaders for violence prevention in their community, and have made prevention programming more accessible as a result of their efforts. A winner will be announced at the end of February, which is Teen Dating Violence Prevention Month.

The nomination cites Cabrera’s efforts as a board member of El Paso’s Center Against Sexual and Family Violence (CASFV), and more specifically his role in instituting a District-wide initiative to have athletic coaches speak to their students about the effects of teen dating violence.

“As a father of three children, two of whom are young women, it is a priority for me to make sure that our students are equipped with the knowledge and resources to help prevent teen dating violence,” Cabrera said. “I am humbled by the nomination and thrilled with the prospect of being able to make a difference in the efforts to give teens the tools they need to form healthy relationships.”

Earlier this school year, Cabrera helped launch the “Coaching Boys Into Men” program. The program trains coaches to address dating and family violence with their male players. The District also partnered with other community organizations in the fall to launch the Teach Early campaign aimed at instilling positive character in children as means of preventing domestic violence.

“We have been working diligently with the counselors and administrators and our teachers that if there’s an outcry, they can play a role and they can refer to the Center Against Sexual and Family Violence or some of our district resources,” Cabrera said.

“We have been making a big district push not only to our kids but to make our educators understand they play a role in helping educate and prevent any of these sorts of harms.”

CASFV Executive Director Stephanie Karr, who nominated Cabrera for the award, said she was impressed with the level of involvement he has shown to ending domestic violence.

“Superintendent Cabrera has been a diligent advocate and a tremendous partner in our efforts to address violence against children, women and other vulnerable El Pasoans,” she said. “We are grateful to have him work alongside with us in addressing the very real problem of teen dating violence. His expertise and his commitment will help us make great gains in preventing real, long lasting harm.” 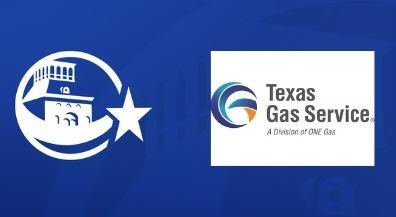