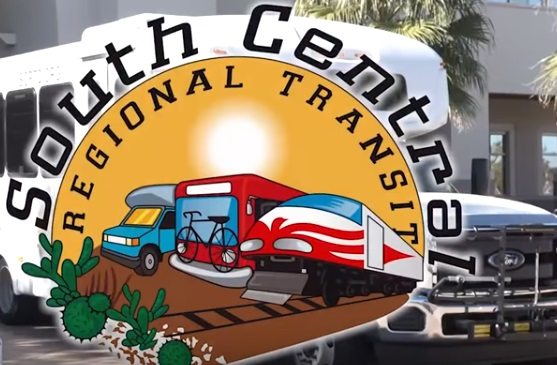 The Blue and Red routes will provide service from the Las Cruces Intermodal Transit Center at Alameda and Lohman to Anthony. The Orange and Purple routes will operate from Anthony to Sunland Park and Chaparral, with connections to Sun Metro transit service in El Paso, Texas. All four bus routes will connect in Anthony.

The Yellow line service will operate from Alamogordo to Las Cruces, with connecting service at the Las Cruces Intermodal Transit Terminal for the Roadrunner and the Gold and Silver line service.

The South Central Council of Governments is the fiscal agent for the South Central Transit District, with funding from Doña Ana County, the City of Las Cruces, the Village of Hatch, and some towns in Sierra County.

After a 60-day promotion of free ridership, additional funding will come from rider fares and advertising on the buses. Fares for the service will be $1 per ride, regardless of whether a rider has to transfer from one bus to another to reach the desired destination. Each bus is equipped with free wi-fi for the riders.

David J. Armijo has been brought on board by the South Central Transit District to be the executive director of the service.

Armijo also has served as the chief executive officer of the Hillsboro Regional Transit Authority in Tampa, Florida, director of transit services for the Dallas Area Rapid Transit District, general manager of the Los Angeles County Metropolitan Transportation Authority, director of operations for the Orange County Transportation Authority and director of transit and aviation for the City of Santa Fe. He holds a bachelor’s degree in public administration and a master’s degree in public policy, both from California State University in San Diego. He is a past president of the New Mexico Transit Association.

A native of Las Cruces, Armijo has more than 23 years of experience in managing transit systems in New Mexico, Florida, Texas and California. Most recently, he was general manager of California’s third-largest transit agency – the Alameda/Contra Costa Transit District – which operates 600 buses in four operating divisions, with more than 2,000 employees.

“We are fortunate beyond measure to have a person like David Armijo to lead this critical component of public transportation here in southern New Mexico,” said South Central Regional Transit District Chairman Wayne D. Hancock. “His desire to come home to his roots, combined with his extensive experience and impressive skill set, set this system on a firm foundation for a successful launch and a sustainable future.”

Complete bus schedules are available on the website at SCRTD.ORG. For more information, call (575) 323-1620.