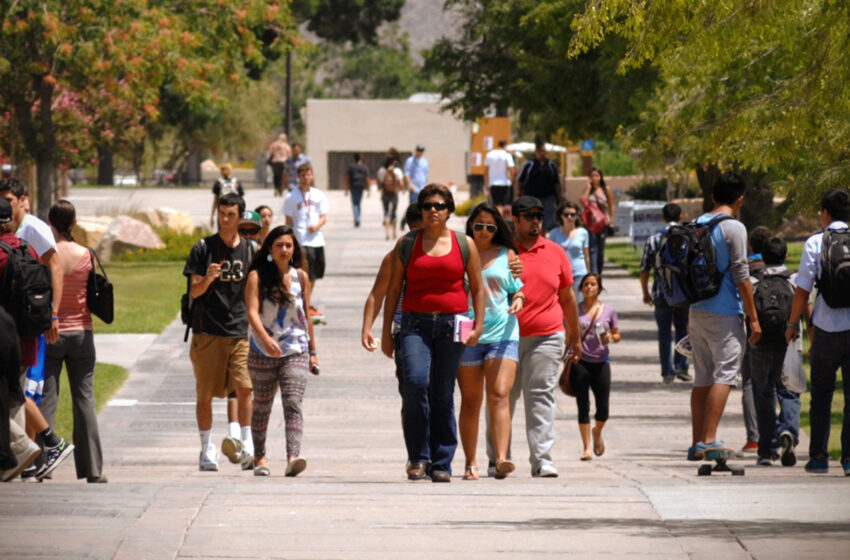 For the second straight year, New Mexico State University has received an increase in admission applications for the upcoming fall semester. Currently, NMSU is seeing a 10.9 percent rise in applications for fall 2016.

“We’ve really changed the recruitment model and that was seen in the increase of almost seven percent in new first-time students for fall 2015,” she said. “We’ve also changed our communication plan in an effort to engage with our students. Before, we had five standard communications and now we have a variety of communications that attempt to get personal and delve into each student’s interests and motivations.”

To personalize the messaging to individual students, communication efforts such as emails target the interests they have identified through interactions with NMSU recruiters and websites. Recruitment efforts include NMSU recruiters traveling to high schools and hosting on campus events such as Aggie Experience. This year NMSU hosted two Aggie Experience days, in both the fall and spring, with nearly 1,000 people attending the Feb. 15 event.

“It was a great event and we’ve heard nothing but positive feedback,” Sedillo said.

Aggie Experience provides high school students and their parents the opportunity to not just visit campus but to interact with faculty, attend a class, tour residence halls and receive information about admissions, financial aid, housing, dining and other student support services. On-site admission was available, and students could learn about their admission status and financial aid packages during the event.

NMSU is a rolling admission university, and Sedillo mentioned that more than 300 new students, admitted for fall 2016, have already signed up to attend mandatory Aggie Welcome and Orientations, which don’t begin until late April.

Sedillo said she is hopeful the fall 2016 freshmen enrollment figures will follow the fall 2015 trend.

“Under the previous admission standards, the 10 percent application increase for fall 2015 led to a seven percent increase in freshmen enrollment.”

Sedillo said recruiting in-state students is always a primary focus for NMSU, but given current population demographics in New Mexico, the surrounding regions such as El Paso, Texas, are generating growth in fall 2016 applications.

“We hope this is a result of all of the retention initiatives that have been put in place,” she said.

NMSU has focused on university-wide retention efforts such as student success navigators, which is a peer mentoring system that launched in fall 2015. Each of the 1,993 new fall 2015 freshmen was assigned a navigator to assist in their transition to higher education. Additionally, the QuickConnect Early Alert and Intervention Program, an early warning and intervention system, was expanded significantly and six-week grading for all 100 and 200 level classes was required in the fall.

Individual colleges also have retention programs such as the Freshman Year Experience program in the College of Engineering. After debuting in fall 2014, the number of students retained as sophomores in the college increased nearly 15 percent.

For more information on admissions at NMSU, visit http://admissions.nmsu.edu