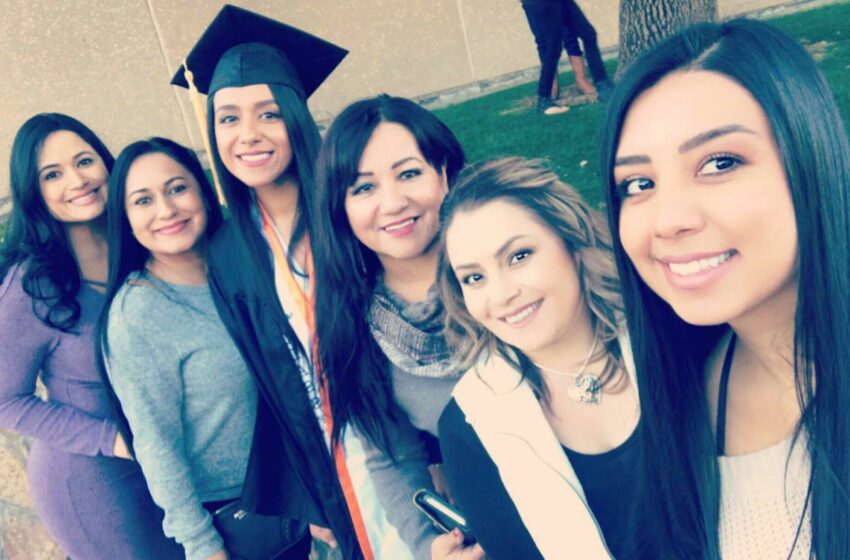 In honor of National Nurse Appreciation Week, I wanted to take a moment to recognize a very special El Paso family, a family of Nurses.

Chances are that you at one time or another you have either been a patient or visited someone who was a patient in a hospital. If you have been in that situation then you know it means the world to a family to have a nurse that is truly knowledgeable and genuinely cares.

Nurses work long shifts – including nights – they leave their families to tend to ours, they are the bringers of comfort during difficult times. They are the first set of eyes, examining all the angles of our case before the doctor ever sets foot in the room. A great nurse can save lives and for this family ‘saving lives’ is the family calling.

Cynthia (Carrillo) Escalante was the first one, the one that took the path that would ultimately set the course. Cynthia graduated from Ysleta High School and thanks to the mentors/educators that guided her and encouraged her to continue her academics, she made her way to Ann Arbor, Michigan.

With her mother and grandmother by her side, in the spring on 2000 she became the first person in her family to graduate from college, from the University of Michigan with her Bachelor of Science in Nursing.

Being the first is a difficult thing, you aren’t sure where the road will lead and there isn’t always someone there to guide you. Often you are just walking into the future blindly. But for this family, the gamble paid off.

What began as one young girl’s dream, turned into a family legacy.

Cynthia’s younger sister Chantelle (Carrillo) Villarreal was ready to follow in her older sister’s footsteps. The Carrillo sisters were popular, both were cheerleaders from Ysleta and had big dreams for their future. With her big sister Cynthia waiting for her in Ann Arbor, Chantelle was ready to start university life in Michigan in the fall of 1997.

Though the odds were stacked against them, the young parents continued to pursue their goals for higher education. Through hard work, dedication and supporting each other through college, both went on to eventually graduate from UTEP and build successful careers.

Chantelle became the second person in her family to graduate from a university, receiving her BSN (Bachelor of Science in Nursing) in August of 2004.

With the two sisters now having completed their Bachelor’s work in nursing. It was Mom’s turn.

Norma Chavez Carrillo, like all mothers, sacrificed plenty for her family. A single mother of 6, who had always been a gifted student, ambitious and career oriented herself, decided to complete the next big goal on her list, nursing school.

Beloved sister-in-law, Rosie Valles, was next to complete her BSN from start to finish and in 2015 this wife and mother also graduated from UTEP, becoming nurse number 5 in the family.

Now an established tradition, the baby sister and youngest sibling, Chastity Jimenez became the last member of the family to begin and complete her BSN journey, graduating from UTEP in 2017.

Though this family makes it look easy, graduating with a Bachelor of Science in Nursing is no easy feat. UTEP is one of the top nursing schools in the country.

After science coursework, labs and clinicals are said and done, only about 3% of students that start the program actually make it to graduation day, yet for this family the graduation rate has been 100%

A legacy begins.  A full circle moment, the special baby girl that Chantelle and her husband had during their last semester of high school, grew up to become the 2015 Valedictorian of that same high school, the first in the family.

Jazmyn Villarreal is now in her third year at Texas Tech where she has decided to continue in the family footsteps of saving lives, making her the third “nurse” generation.

She is on course to graduate in May of 2019 from Texas Tech with her Bachelor of Science in Nursing.

I spoke with Cynthia and Chantelle (#1 & #2) at length while I was working on this piece. I asked them if they realized what they were a part of, now looking back on all the sacrifice and the tears, etc… could they ever imagine it would turn out this way.

They both said, NO, never did they imagine that those early days that they would change the course of their immediate family.  Cynthia says she is so proud of her mother and sisters, proud to be part of a family of nurses.

For Chantelle, equally proud and also how beautiful it is to be bonded to her mother and sisters (and soon her daughter also) not only by blood but in their professional life as well. They can relate to one another’s work day and understand the highs and lows that comes with a career dealing in life and death situations.

What I love about their family story is that quitting was never an option. No matter where you come from, no matter what life has thrown at you, so long as you never give up up, you can achieve your greatest dreams. To the nursing students about to graduate, thank you for the countless nights you stayed up studying, the hours in clinicals.

Thank you for the sacrifice of missing out on your own family moments in order to pursue this career which cares for so many. To ALL our nurses and to this family of nurses, THANK YOU for all you do for El Paso families.