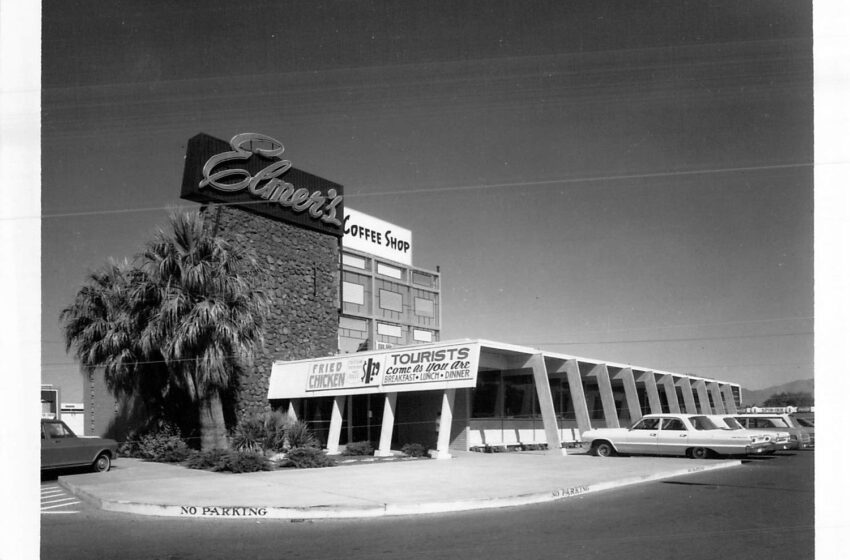 In 2019, Elmer’s Restaurant closed after decades of service to El Pasoans. Despite no longer being owned by the original family, it still had the name and followed the purpose laid out by its founder, Elmer Poulsen.

In 1947, Poulsen – a farm boy from Wisconsin – along with his wife, Jewel, opened an ice cream stand in a converted gas station on the corner of Piedras and Wyoming streets in historic Five Points.

Though they also sold hamburgers, the couple found success when they started offering prepared lunches and carry-out services. By 1948, the stand had become Elmer’s Burger Bar.

In 1957, the Poulsens opened a new restaurant on Hawkins Street and Trowbridge Drive called Elmer’s Burgers. At this time, the area was referred to as East El Paso, as the city was still growing and expanding east.  A year later, they opened a drive-in at 970 Hawkins.

In 1960, they decided to specialize in fried chicken and carry-out services, so they opened Elmer’s Chicken Cottage at 900 Hawkins, which led to a chain of restaurants being built all around the city. He partnered with Dave McFadden of Red Rooster Bowing Lanes in 1962 and built the Elmer Coffee House at 6305 Montana.

In 1982, Poulsen sold the coffee house, which was later reestablished as Elmer’s Family Restaurant, which closed in 2019. Elmer Poulsen also co-founded K-Bob Steakhouse restaurants and a chain of Mexican restaurants called El Molino.