Saturday was a big day for a newly-minted El Paso family. Mother Dayla, dad Jesse and Baby Isabel headed home after staying in hospital for almost 3 months after her birth.

As one would imagine, both Dayla and Jesse were ecstatic; however it was a long road to Saturday.

Isabel was born 2 months premature – due to a condition known as ‘hydrops’ –  which means she had excessive amount of water around her vital organs, which is life-threatening even before the baby is born.

Physicians at Texas Tech University and El Paso Children’s Hospital had counselled Dayla prior to delivery about her baby’s severe condition and possibility that the baby may not survive after birth.

Shortly after birth, Isabel suffered respiratory failure and was put on machines to help her breathe. Also, tubes were placed in her both the lungs to drain extra fluid.

3 days after her birth, Isabel was also found to have arteriovenous malformation in the left hand.

Arteriovenous malformation is an abnormal connection between the blood vessels. This abnormality was causing extra blood to return to heart and eventually making fluid leak into her lungs and other organs. It was also making heart function very difficult.

A team of physicians at El Paso Children’s Hospital, which included Dr. Ajay Singh (Neonatologist), Dr. Sudheer Gorla (Pediatric Cardiologist), and Dr. Chetan Moorthy (Pediatric Interventional Radiologist) convened and decided that the only viable option for Isabel was to undergo a risky, but lifesaving procedure known as intravascular coiling.

As a part of this procedure, metallic coils were placed in Isabel’s left had to close off the abnormal blood vessels. After detail discussion with the family, the team of doctors decided to proceed with this high-risk procedure and were successful.

Following this procedure, Isabel required close intense monitoring neonatal intensive care unit. Finally, after 3-months of devoted, hard work by the medical team, she recovered and was discharged home with her family.

Dr. Gorla, the cardiologist involved in Isabel’s care, feels that the team was fortunate to diagnose this abnormality soon after birth. If this malformation had remained undiagnosed for long time, the results could have been deadly.

Dr. Moorthy describes this as one of the most challenging procedures that he has done in his career. According to him, Isabel will need close follow up and subsequent procedures when she is older.

Reasons for most cases of this unique disease (hydrops) remain unknown even after extensive work up, says Dr. Singh. The team’s systematic clinical approach led them to the timely diagnosis and intervention.

While Isabel had a rough start and hospital stay which was filled with ups and downs, her parents and her care team never gave up the fight.

In words of Isabel’s mother: “the whole process has been a miracle, nobody would even know looking at her now, what she went through after birth and the only reason she made it was because she was in El Paso Children’s Hospital”. 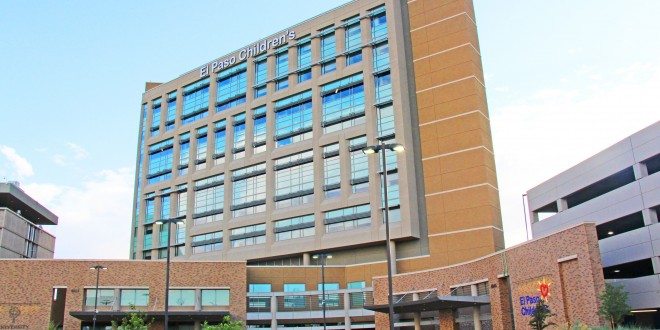