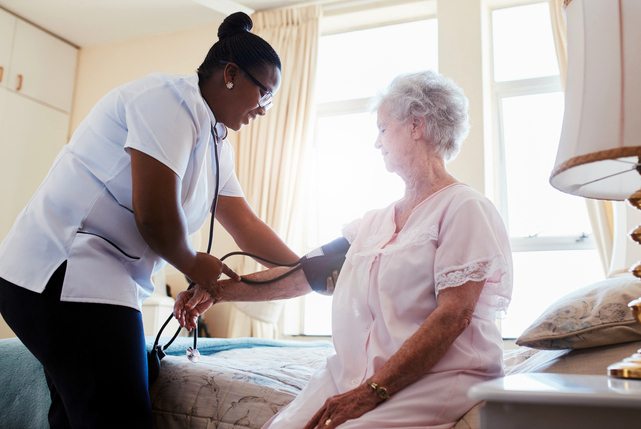 AUSTIN, Texas – A new report on Texas nursing homes calls conditions in many of them “shamefully poor” and has AARP Texas working with lawmakers to make changes. The AARP report, “Intolerable Care,” identifies severe problems in many facilities in Texas that need action by the Legislature to give state inspectors more ability to enforce regulations.

Amanda Fredriksen, associate state director for advocacy and outreach with AARP Texas, says the report points out that nursing homes in the Lone Star State have one of the highest rates of serious safety violations in the country.

She says one of the biggest problems the study identifies is the so-called “right to correct” rule, which gives nursing homes time to fix the problem but often just allows a dangerous situation to continue. The study points out that the quality of Texas nursing homes was ranked last in the nation in a 2015 Kaiser Family Foundation study.

Fredriksen says AARP Texas is recommending that lawmakers give state inspectors a stronger hand in dealing with serious violations.

“We’re talking about bed sores untended, residents dropped and experiencing bruises and broken bones, people getting medications they shouldn’t be given,” she added. “Those kinds of violations really do warrant a more serious action by the state.”

She says AARP believes the state has a responsibility to assure the safety of nursing-home residents.

“When families make the difficult decision of putting a loved one in a nursing facility, they do that with the expectation that the facility, licensed by the state of Texas, is going to keep their loved one safe,” she explained. “In a number of facilities in Texas, that’s simply not happening.”

The AARP report found that in 2015, the Texas Department of Aging and Disability Services cited nursing homes for more than 17-thousand violations but took enforcement actions in only 40 cases.