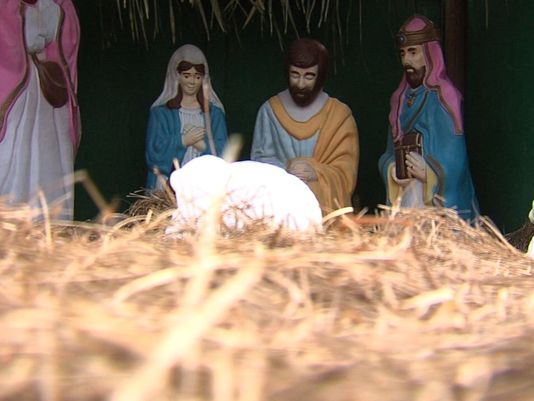 Put your nativity scene back up, Gov. Greg Abbott told a small town near Beaumont on Tuesday.

The town of Orange took down its nativity scene from in front of city hall when a local atheist group requested permission to display a “Happy Holidays” sign along with the Christmas scene.

The nativity scene was removed Monday to avoid potential legal costs, though the atheist group did not make a legal threat, according to a statement from City Manager Shawn Oubre’s office obtained by the Beaumont Enterprise. The scene was moved to private property.

Abbott weighed in Tuesday, saying the nativity display is constitutional and urging the city to put it back up.

“I strongly encourage the City of Orange to stand up to the demands of a select few who wish to see God thrown out of the public square, embrace the season of Christmas and restore the Nativity Scene immediately,” Abbott said in a statement.

Attorney General Ken Paxton chimed in, pointing out in a statement that “the U.S. Supreme Court has consistently held that passive public displays — such as Nativity scenes — acknowledging our nation’s religious heritage are constitutional.”

Orange County officials were huddling in an executive session Tuesday afternoon to discuss the issue.

This is not the first time Abbott has supported the display of nativity scenes. Last December, Abbot, serving as attorney general, backed Cherokee County’s efforts to keep its nativity scene despite requests for its removal.