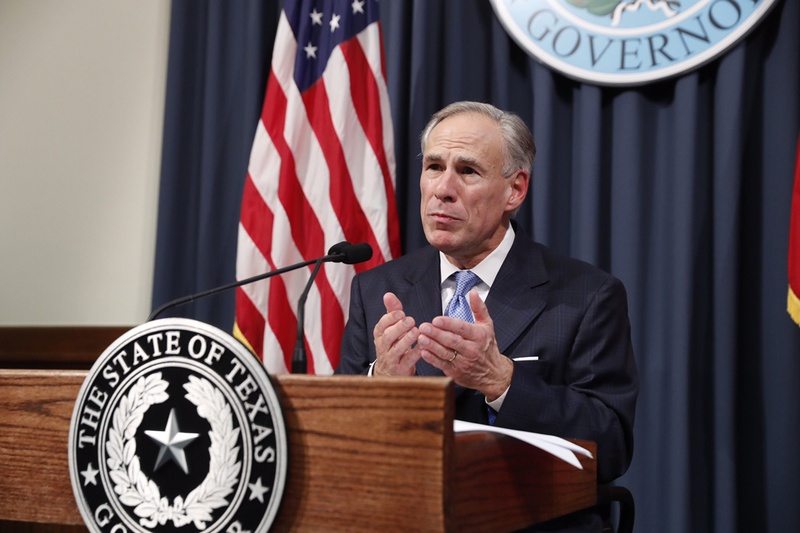 Gov. Greg Abbott is plotting an aggressive approach to the upcoming special session of the Legislature, diverting from his above-the-fray style to try to see through an ambitious 20-item agenda.

The push came into public view Thursday, when Abbott’s office began announcing lawmakers who will take the lead on individual items — state Rep. Craig Goldman, R-Fort Worth, and state Sen. Kelly Hancock, R-North Richland Hills, intend to author legislation cracking down on mail-in ballot fraud, for example. Abbott’s office is working to line up similar pairs for all 20 items.

These are not the only preparations his office has been making for the special session, which begins July 18. Since its announcement, his staff has been privately meeting with a range of stakeholders to solicit their input and build support for the agenda.

“I think there clearly is a sense that they’re much more engaged,” said Dale Craymer, the president of the Texas Taxpayers and Research Association, which met last week with Abbott’s staff.

People like Craymer note that it’s natural for the governor and his office to be more hands-on in the lead-up to a special session because the agenda is entirely of the governor’s making. But some also say the increased level of engagement is notable after a regular session in which Abbott faced some criticism for being absent from legislative battles.

Abbott sought to recapture the spotlight June 6 when he laid out his surprisingly lengthy special session call, asking lawmakers to take up everything from raising teachers’ pay by $1,000 to pre-empting local ordinance regulating trees on private land. He ordered legislators to first pass a series of bills that prevent some state agencies from closing.

People who have spoken to Abbott’s office in recent days say they realize the agenda is a heavy lift but are determined to get it done. Abbott’s staff, one of those people said, “are not walking into this unaware of the challenge.”

“The buzz is that they’ve called every trade association in town, they are visiting with people from across the state, visiting aggressively with folks in making sure that as much of this agenda as possible is passed during the special session in hopes that there’s not another,” said Luis Saenz, a lobbyist who used to work for Abbott’s office.

One trade organization Abbott’s office has met with is the Texas Building Owners and Managers Association, which represents commercial real estate throughout the state and has an interest in property tax reform. The group’s president, Brett Williams, said Abbott’s office walked him through all 20 items and left him with the impression that they are “trying to get the issues across the line.”

Abbott, for his part, has declined to say whether he is willing to call subsequent special sessions if lawmakers do not complete his checklist in their first 30 days. Technically, the special session is not even official yet — Abbott has not filed the proclamation that would allow lawmakers to start filing bills, and his office has not given any indication of when he may.

Regardless, Abbott’s office sees a number of sources for optimism once the special session gets underway: Without any must-pass bills — aside from the agency-saving measures — there is less potential for hostage-taking. It’s much harder for the House to get away with killing legislation in the Calendars Committee, which sets the daily agenda, when there aren’t thousands of bills flowing through it. And in general, the spotlight will be burning bright and hot on the 20 items with far fewer distractions.

Abbott’s massively funded political operation — his re-election campaign has a $34.4 million war chest and no serious opponent — will also be closely watching the special session. Sources say he and his office plan to make clear “who’s with him and who’s not” on his agenda for the special session, which will unfold with a few months until candidate filing begins for the 2018 election cycle.

What remains to be seen is whether the preparation will be enough to overcome the challenges that led to a special session in the first place: sharp differences on priorities between the House and Senate and, to a lesser extent, between the House and the governor. There have been few signs those tensions have thawed since the end of the regular session.

Lt. Gov. Dan Patrick, meanwhile, has continued to present himself as Abbott’s eager partner at the top of the state government, all but pledging the Senate’s full support for the governor’s special session agenda.

“I’m glad we’re having a special session,” the lieutenant governor said in a radio interview Wednesday. “The governor and I are linked shoulder-to-shoulder on these issues.”