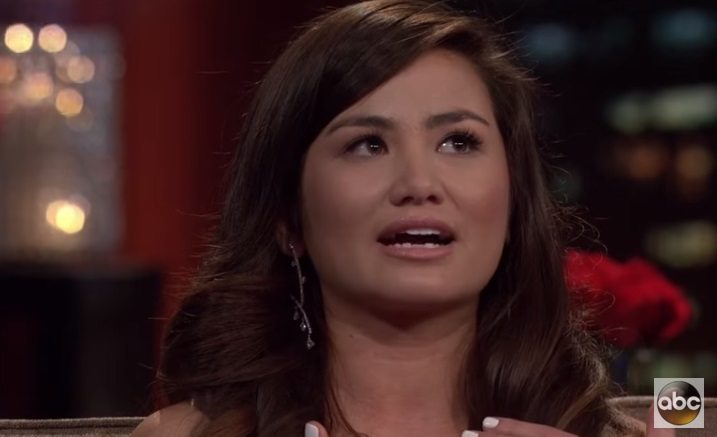 Caila Quinn, star of ABC’s “Bachelor” wore a pair of one-of-a-kind diamond dangle earrings from the Diamond Vine Collection designed by Susan Eisen on the show that aired on ABC Primetime on March 8, 2016.

“I am thrilled to have my designs chosen by the stars and their stylists from the thousands of other wonderful designs created by America’s most well known designers”, said Ms. Eisen. “The support of my El Paso customers has allowed me to reach out and create the designs I love to make.”

Photos and videos of Ms. Quinn wearing the Eisen diamond earrings have appeared in “Glamour”, “US Weekly”, “E! Online”, “Access Hollywood”, and other major fashion magazines and sites and have reached millions of viewers around the world during the weeks after her interview with “Bachelor” host Chris Harrison.

Ms. Eisen has been designing jewelry for her private clients since 1980 when she opened her first retail jewelry store in El Paso. Since 2014, over 25 of Susan Eisen’s jewelry designs have been worn on the red carpet at the Emmy Awards, the Screen Actor’s Guild Awards, and the Academy Awards.

Besides the red carpet at the award shows, her designs have been shown on live coverage from the Academy Awards Red Carpet for TV Guide, Reuters International TV, celebrity interviews, as well as, style and trend segments from the Emmy’s Red Carpet for Reelz Channel, Hollywood Today Live, and E!.

In her jewelry design studio, Ms. Eisen uses a variety of styles, techniques, precious metals, and gemstones in her work. While white and black diamonds make up the majority of the pieces made for the stars, Ms. Eisen also uses unusual gemstones such as watermelon tourmaline slices, freeform shaped cultured pearls, and contemporary cut onyx, aquamarines, and amethysts.

Ms. Eisen is a specialist in creating contemporary couture jewelry pieces along with redesigning vintage and heirloom jewelry and is available for design consultations at her store at 5857 N. Mesa St., Suite 19.