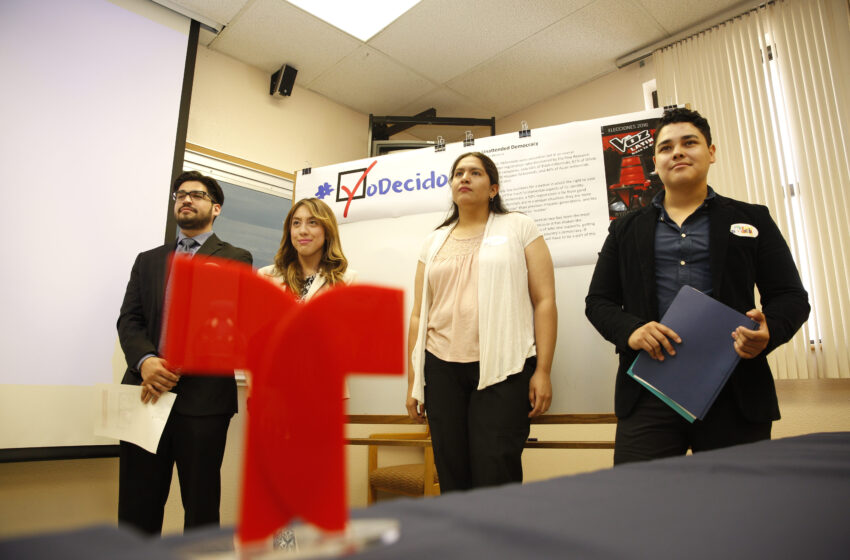 The National Academy of Television Arts & Sciences Lone Star Chapter announced that a Telemundo KTDO-TV (Channel 48) ad campaign, based on a concept by UTEP’s American Marketing Association students, was nominated for a Lone Star EMMY.

“Yo Decido, Decision 2016,” an effort to attract Hispanic and millennial voters, was nominated in the Community Service category. It was one of the station’s 12 nominations. The ad was created by Yadira Azcona, Telemundo’s marketing manager, with the assistance of UTEP marketing students. The concept was recreated on a national level.

Azcona said she was thankful for the support from UTEP’s College of Business Administration and from the students who helped her launch the campaign.

One of the students was Ariely Medina, a senior double major in marketing and supply chain management. She said she was honored to participate in the campaign and looks forward to other opportunities to work on projects that will have a positive impact on society.

“To know that our campaign was able to positively influence the community and that it is now an EMMY nominee is truly life changing,” said Medina, a student assistant with the Chicano Studies program.

Medina and her teammates were assisted by several marketing faculty members such as Roland Gau, Ph.D., assistant professor of marketing. He described the campaign concept as a young Hispanic school girl who saw her mother as a superhero because she could juggle a job, school, and motherhood as well as find time to register to vote and then cast a ballot.

Gau said the college was proud of how the students used their skills and training to promote positive social change.

The recipients will be announced during the 15th annual Lone Star EMMY Awards ceremony Nov. 11, 2017, in San Antonio, Texas.