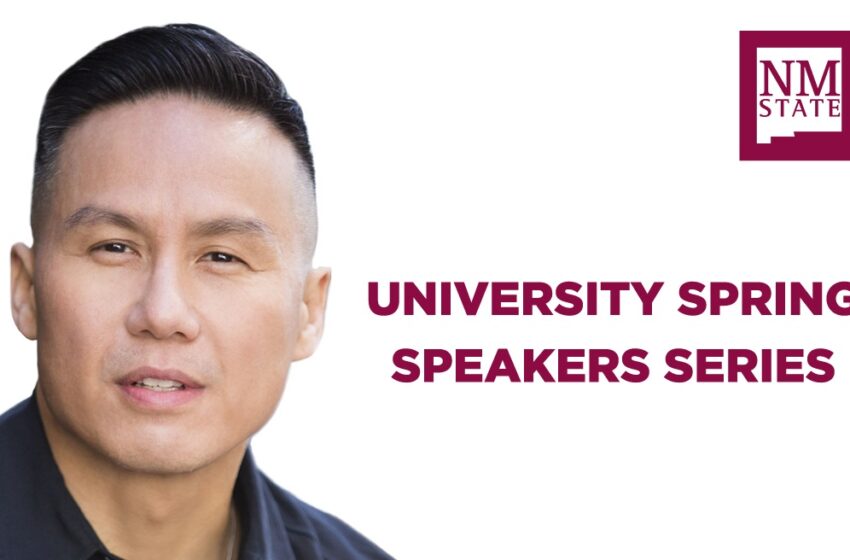 Wong has appeared on the big and small screens in hits such as “Bird Box,” “Law & Order: SVU” and “Gotham.” He made his Broadway debut in “M. Butterfly,” which earned him a number of awards, including a Tony. | Photo courtesy NMSU

Award-winning actor, author and activist BD Wong, best known to audiences for his roles in “American Horror Story,” “Gotham” and “Jurassic Park,” will speak about his experiences with rejection, stereotyping and racism during this year’s Spring Speakers Series, presented by the William Conroy Honors College at New Mexico State University.

During the live virtual event, Wong will speak about the diverse experiences of Asian-Americans in contemporary society and the importance of minority representation in creative media. The event will take place at 7:30 p.m. April 28. The event is free, but participants must register online.

“Combining elements of personal life with a 30-year career portraying a wide array of characters, BD is in a unique position to reflect on both the diversity of human experience and the significance of minority representation in the media,” said Phame Camarena, dean of the Honors College. “Given current cultural trends and concerns about diversity and inequality in America right now, this is an especially important time to hear BD’s message.”

Wong has appeared on the big and small screens in hits such as “Bird Box,” “Law & Order: SVU” and “Gotham.” He made his Broadway debut in “M. Butterfly,” which earned him a number of awards, including a Tony.

He received an Emmy nomination for his role as Whiterose and Minister Zhang in the USA Network’s “Mr. Robot.” He plays the father in Comedy Central’s “Awkwafina is Nora from Queens,” now in its second season.

Wong’s memoir, “Following Foo: The Electronic Adventures of the Chestnut Man,” details the highs and lows he and his former partner endured to become parents, and the days following the premature births of his twin sons via surrogate. Wong is an advocate for The Trevor Project’s “It Gets Better” campaign and has been recognized for his support of the LGBTQ+ community.

The event was originally scheduled to take place last year, but was postponed due to the COVID-19 pandemic. Event sponsors include ASNMSU, Office of the Provost, the Honors College and College of Arts and Sciences, LGBT+ Programs, Gender and Sexuality Studies Program, Creative Media Institute and the Department of Theatre Arts.