The El Paso Zoo invites the community to say goodbye to the male Galapagos tortoise, Elvis, who will only be on exhibit at the zoo through Thursday, October 27, before moving to the Phoenix Zoo.

“We know that our community loves Elvis and we want to invite them to come and say goodbye. This is an important move for the conservation of his species and we are all going to miss him,” said El Paso Zoo Director Steve Marshall.

“Transfers like this one are critical to the long-term survival of our endangered species.”

Elvis is a 65-year-old Galapagos tortoise (subspecies vicina) who has been at the El Paso Zoo since 1991. The transfer of Elvis is a breeding recommendation from the Association of Zoos and Aquariums (AZA) Species Survival Program® (SSP). Population scientists working with the SSP have discovered a potentially valuable breeding situation for Elvis with a female of matching subspecies at the Phoenix Zoo.

“Next week we will swap males with the Phoenix Zoo in order to provide them with the correct subspecies male and our remaining male will get a new buddy. Animal care staff are sad to see him go, but are happy he will be part of bringing future generations into this world, as they are a popular and rare creature,” said Collections Supervisor Tammy Sundquist. “They are also looking forward to getting to know Ralph, the oldest and newest member of the El Paso Zoo family.”

Ralph, the new tortoise arriving at the zoo, will be in quarantine for at least 30 days and will not be visible to visitors. After his quarantine, zookeepers will work to introduce him slowly to Mr. Potato Head before they go on exhibit together. Slow introductions are a common practice throughout zoos for the safety and well-being of the animals.

The SSP’s mission is to conserve species such as the Galapagos tortoise. These tortoises are currently listed as endangered in the IUCN Red List of Threatened Species TM. There are about 10,000 to 15,000 tortoises living on the Galápagos Islands 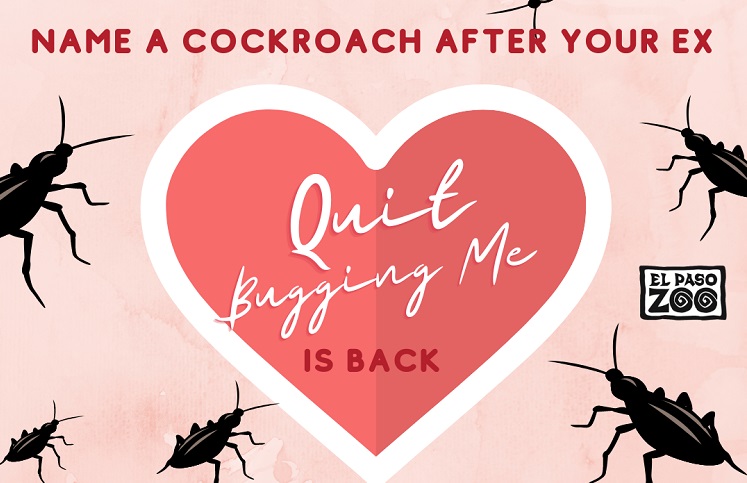