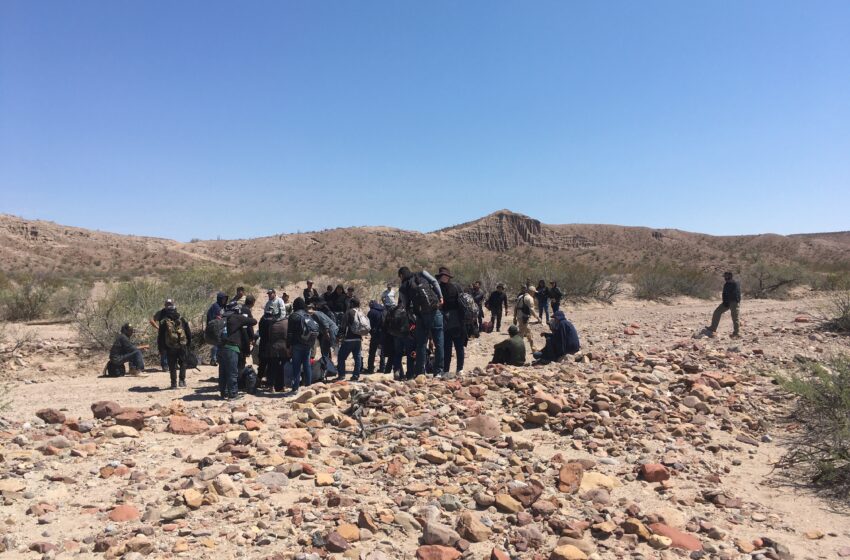 VALENTINE, Texas – Agents from Van Horn, Marfa, and Big Bend Sector with the help of CBP Air and Marine Operations took a group of over 50 undocumented migrants in to custody, just west of Valentine, Texas.

“Smugglers control where and how these border crossings take place, putting human lives at risk every day.”

According to officials, on Tuesday, June 8, agents responded to a remote area near the U.S./Mexico border and took into custody a group of over 50 undocumented migrants shortly after they crossed into the US. Officials say the group consisted of undocumented migrants from the countries of Mexico, Guatemala, Ecuador, El Salvador, Brazil and Honduras.

“In addition to the large group of over 50 undocumented migrants, Big Bend Sector agents were able to intercept multiple human smuggling attempts that totaled over 130 undocumented migrant apprehensions in the Van Horn area of responsibility for the day,” CBP officials added.

CBP officials said that all migrants were processed according to Big Bend Sector protocols.