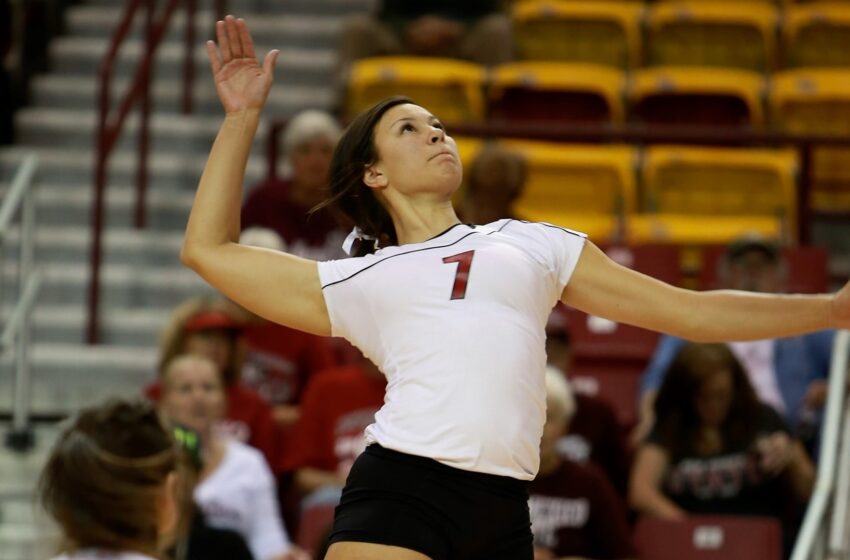 The New Mexico State volleyball team opened the 2015 season with the Crimson and White scrimmage in front of a very vocal crowd inside the Pan American Center, Saturday, Aug. 22.

“I love our athletic ability,” said Jordan. “We served the ball tough and we will serve it much tougher than we did last year. I am extremely happy with the crowd that showed up today. It was great, especially for a scrimmage.”

Season tickets can be purchased by calling 575-646-1420 or by going to the Pan American Center box office.

Post-Game Quotes – Head Coach Mike Jordan
On the team overall
There’s a lot of good completion for some spots. It’s really good to see the competitiveness on the team coming out.

On the seniors
They looked pretty good today. The handled their assignments and they were low error. They were hitting the ball like you would expect them to and I am excited to see them grow as leaders this year.

Highpoints of the afternoon for Coach Jordan
It was nice to see Tatyana Battle have her moments because she could see some time on the court this season and I was very happy to see Sasha Lee Thomas back out on the court after the injury she suffered last year.  Thomas did some good things for having not played for about nine or 10 months.

Follow the Aggie volleyball team on Twitter @NmsuVb and the NM State Athletics Department on Twitter @NMStateAggies. Fans and followers can go online towww.NMStateSports.com to see schedules, rosters and stats.