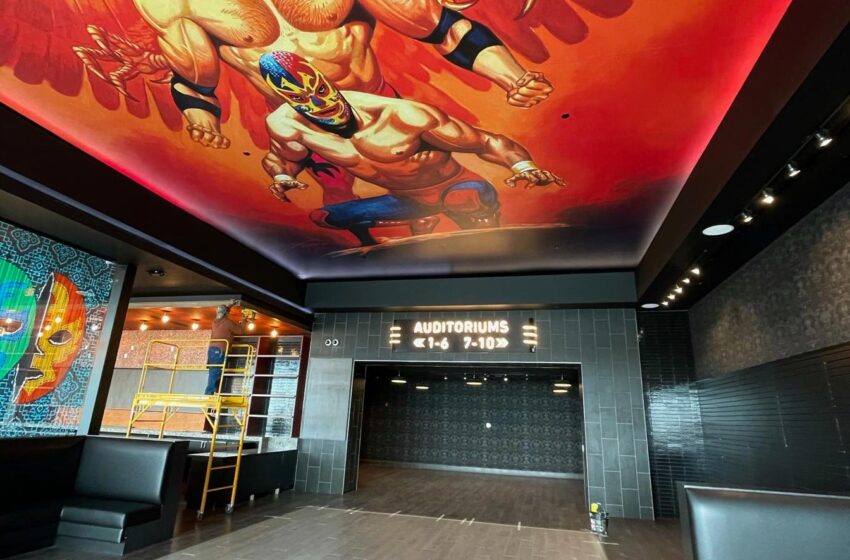 Do you love an unintentionally hilarious cult classic as much as we do? If you’ve never seen THE ROOM, it’s an experience film fans won’t want to miss this weekend at Alamo Drafthouse Cinema East El Paso.

Join us this week for a special evening with by Greg Sestero, the star of THE ROOM. Sestero is also the author of the New York Times best-selling book, THE DISASTER ARTIST, which became an Academy Award-nominated film.

The evening will include an extended Q&A with Sestero, a live script-reading of the original unedited draft of THE ROOM, and a screening of the movie itself, plus autograph signings, photos, and a few surprises.

Whether or not Tommy Wiseau intentionally shot his film as a “black comedy,” or if he is simply a completely inept filmmaker (and actor) is utterly irrelevant. THE ROOM will stand the test of time as one of the most mind-bending awesome offerings to ever drop from the celluloid heavens.

WHAT:           THE ROOM, featuring live Q&A and script reading with star Greg Sestero

“Alamo Drafthouse Cinema was created for movie lovers, by movie lovers. Celebrating cinema is something we take seriously,” Drafthouse officials share. “Whether it’s an interactive Movie Party presentation of a timeless classic, a chef-inspired feast with a menu paired to a film, or a re-evaluation of a lost gem, we love sharing the movies we love with Alamo Drafthouse audiences of all ages.”

The writer behind TAXI DRIVER, RAGING BULL, and FIRST REFORMED are back with a simmering, hypnotic tale of guilt and redemption set against the backdrop of professional gambling.

William Tell (Oscar Isaac, DUNE) is a man of discipline. He drifts among various casinos, counting cards at the blackjack table, winning just enough to get by and avoid attention. But when a young man named Cirk (Tye Sheridan, READY PLAYER ONE) approaches him with a proposition, William’s complicated past catches up with him.

From the writer of THE CONJURING comes a story about a young about a young woman paralyzed by fear from shocking visions of grisly murders. Her torment worsens as she discovers that these waking dreams are terrifying realities.

Film Salon: THE MAN FROM LARAMIE

An intensely satisfying drama of rugged primitive justice, THE MAN FROM LARAMIE marked the final and finest collaboration for one of the most important teams in Western films: director Anthony Mann and star Jimmy Stewart.

Ofelia is a lonely and dreamy child living with her ailing mother and adoptive father, a severe military officer on a mission to quash rebels at any cost. While out exploring one night, Ofelia stumbles upon the lair of the faun god Pan.

The encounter leads her into a world of magical adventures, fantastical creatures, and secret destinies. But even with these magical sojourns, Ofelia can’t quite entirely escape the darkness that threatens to swallow the mortal world around her.