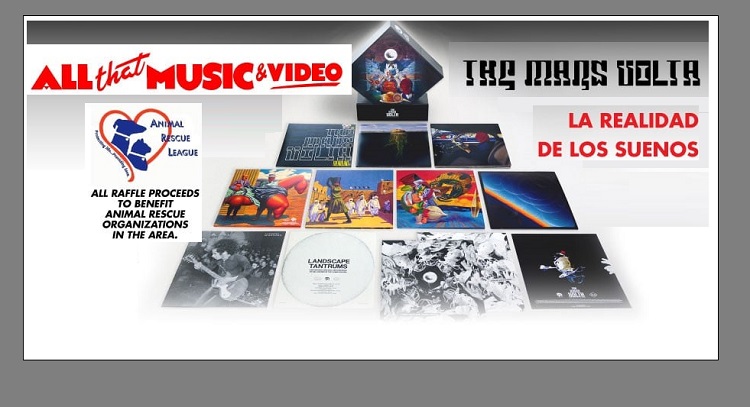 All That Music & Video (ATMV) officials announced Monday that they are holding an in-store raffle that offers an opportunity for three winners to purchase the newly released  Mars Volta Box set.

The collection of 13 vinyl LPs contains a complete retrospective of  the El Paso-based super group, including never-before-released recordings. Tickets are on sale now for five dollars each, with no limit on the number purchased.

All ticket proceeds will be donated to area animal rescue organizations. The three winners and donation totals will be announced during a livestreaming Facebook event, Friday, May 21st at 7:45 p.m.

“Rescue operations area-wide have really been hurting — underfunded and overstressed for the past year. This is a unique and exciting way to help us all get back on track,” Loretta Hyde, Executive Director of the Animal Rescue League of El Paso shared.

Hyde will be in charge of distributing ticket proceeds to several area animal rescue operations.

ATVM owner George Reynoso says, “This promotion is not only an iconic musical event, it helps our favorite cause. The benefactors are abused, hungry and homeless animals, giving many a chance to find forever homes.”

Only 5,000 of the Box sets were pressed, quickly selling out before the official release date of April 23rd.  Some copies of what’s been termed “the Mars Volta Holy Grail” have already turned up on the internet at up to $1,000 or more.

Officials are slashing the purchase price of the three extremely rare copies of the Mars Volta box set from $699 to $499, kick-starting donations to the Animal Rescue League to $600 in addition to raffle ticket proceeds.

“It’s our way of ramping-up excitement for our Mars Volta drawing Friday, May 21st  Just a $5 raffle ticket gives you a chance to own this highly prized set, with all proceeds donated to area animal rescue organizations,” Reynoso shared.

Currently he Mars Volta box set is creeping up to $900 on-line.

“We also stated that our retail price for the prized collectible was $699…at $499, we now hope more of our friends and customers will be inspired and motivated to own this rare collectible,” Reynoso added.

Mars Volta disbanded in 2013 and became legendary for their fusion of progressive rock, jazz, traditional Mexican music and a few other genres thrown in for good measure. The band’s founding members were two El Pasoans who challenged the music industry to accept their intense and eclectic brand of rock. Fans, however, had no trouble gravitating to the band’s fiery performances, with one of Mars Volta’s much-sought-after albums topping more than a half-million copies in sales.

ATMV, celebrating 40 years El Paso strong this year, is located in the Fountains at Farah. Plans are in the works to make changes that will showcase the depth of the store’s total inventory, to be announced in the next several months.

“We wanted to create an atmosphere more reminiscent of locations we’ve had in the past, more in line with what our long-time, loyal customers have come to expect,” Reynoso said.

“We’re all reeling from the disruption the pandemic has caused,” Reynoso added. “Luckily for us, we’ve seen a rapid increase in traffic since we moved to the Fountains a little over a year ago. It’s great to have a platform that allows us to help organizations like the Animal League League. They’ve been hit especially hard, and it’s the animals who suffer most.”

Customers who are not participating in the Mars Volta Raffle can still contribute to the ATMV/Animal League of El Paso fundraiser.

The ATMV Facebook page-post is activated with a Donate Button for this purpose. Any amount can be contributed. 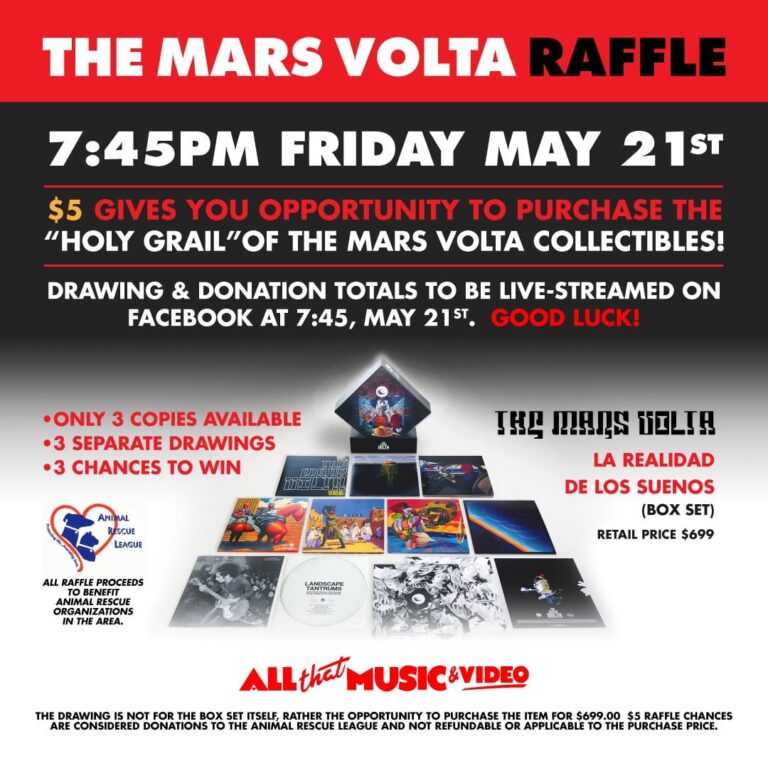