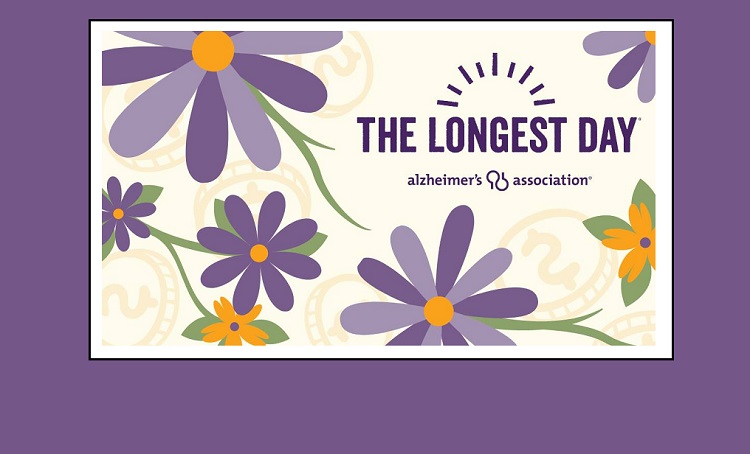 The 2021 edition of the Alzheimer’s Association’s ‘The Longest Day,’ a statewide and nationwide fund raising event aimed at raising awareness and funds by doing something residents love, with the proceeds going to Alzheimer’s research and education at the same time.

Alzheimer’s Association organizers say the fundraiser can be anything from hosting a charity night at a local restaurant, to a bake sale, to a marathon bridge, bowling or video game to cycling with friends and family.

“The Longest Day is a fun way for people to get involved in the fight to end Alzheimer’s by involving their business, friends and family,” says Michael Tipton, Constituent Events Manager with the West Texas chapter of the Alzheimer’s Association.   “All proceeds provide local West Texas care and support, as well as critically needed global research.”

Tipton adds, “On The Longest Day, how you raise funds is up to you!”

The Longest Day culminates on June 20, the summer solstice, the day with the most light. However, Longest Day events leading up to June 20 are already underway.

Tipton shares that that the need for support is greater than ever.

“There are over 400,000 Texans currently living with Alzheimer’s or some other form of dementia, with over one million caregivers watching over them,” says Tipton.  “The chances are very good that you or someone you know has been affected by this disease in one way or another.”

Story in Many Pics: Blondes vs Brunettes...

Story in Many Pics: ‘Blondes vs Brunettes’...