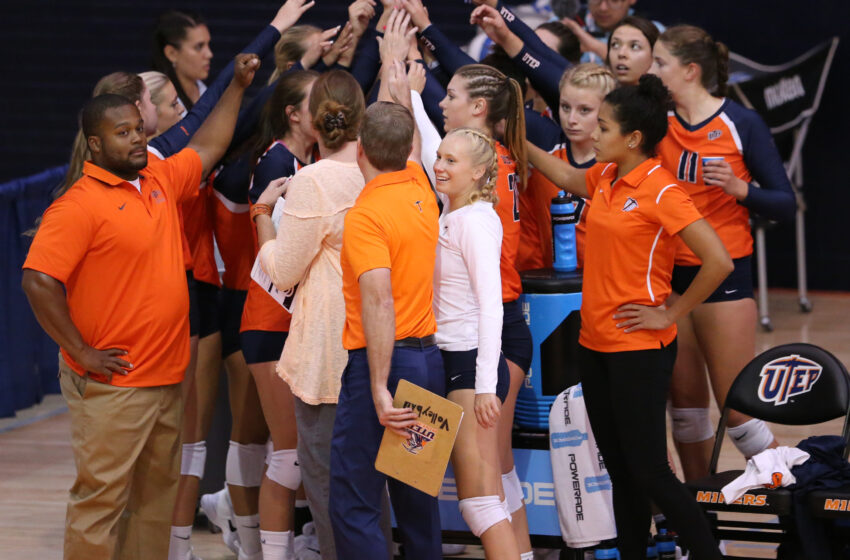 The AVCA Team Academic Award honors those teams that display excellence in the classroom by maintaining at least a 3.30 cumulative team grade point average on a 4.0 scale.

The award was first given out in the 1992-1993 academic year. Since it’s inception the amount of recipients has grown exponentially. Over the past decade there has been a 622-team increase to it’s current total of 976 award winners.

UTEP Volleyball is one of 164 Division I award recipients. The team grade point average this past season was an incredible 3.52. Twelve Miners were named to the Conference USA Academic Honor Roll for maintaining a cumulative GPA of 3.0 or better.

Leading the way were second-team All C-USA outside hitter Macey Austin and junior Briana Arellano, who were awarded the Conference USA Commissioner’s Academic Medal for earning a cumulative GPA of 3.75 or better.

This marks the second year in a row in which the Miners have earned this coveted award.