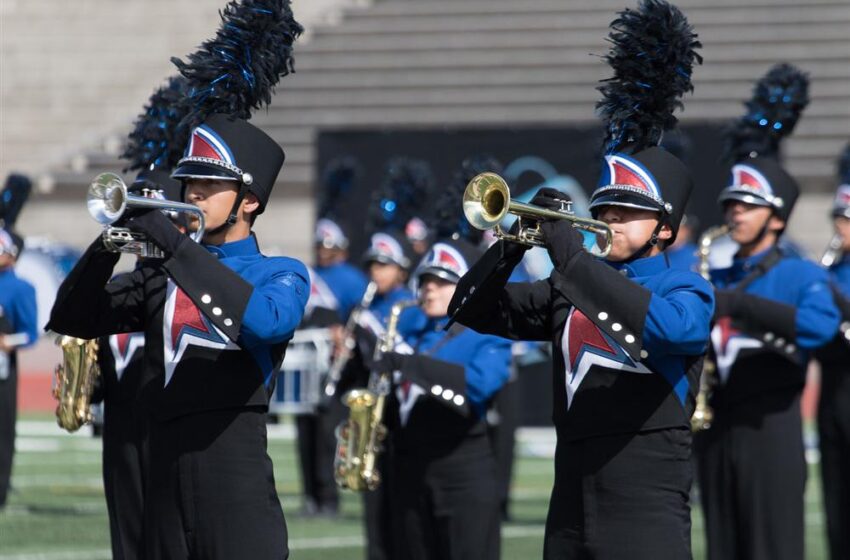 The Americas High School Marching Band will be in competition this week after advancing to the UIL State Championships last week.

“We are excited,” said Ron Pingor, SISD’s fine arts assistant director. “Over the last several years, our bands have been getting stronger and stronger. We have been consistently sending bands to state.”

Americas advanced to state after competing in the UIL Area Marching Band Contest on Oct. 29 at Ratliff Stadium in Odessa.

The Trailblazers will compete at the state competition, which features 6A marching bands, on Nov. 8-9 at the Alamodome in San Antonio. Americas joins two other El Paso-area schools – Coronado and Franklin – in San Antonio this week.

The competition alternates each year based on the classification of high schools so that all schools have an opportunity to advance to the UIL state contest. This year, 4A and 6A had the opportunity to compete and advance to state. Last year, 3A and 5A bands competed for state.