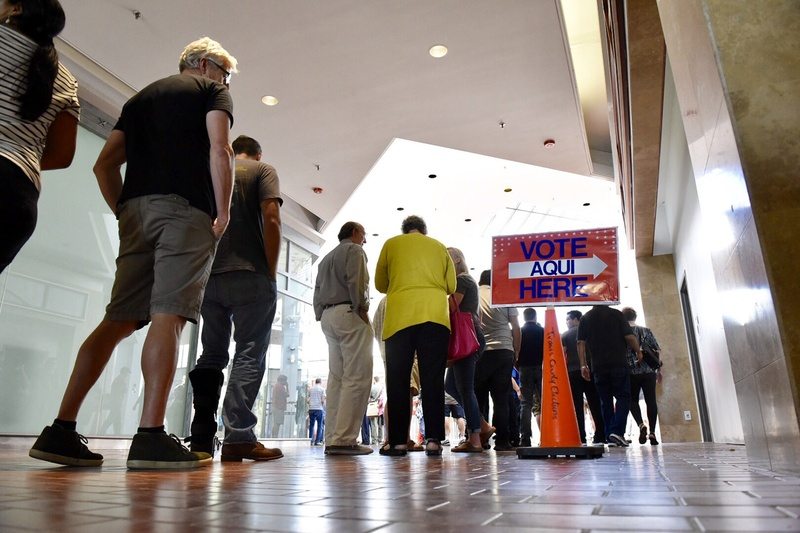 This much is clear after two days of early voting in Texas: Legal wrangling over the state’s voter identification law is stirring confusion at the polls.

Amid Texans’ mad dash to polling places this week, the front end of 12 days of voting before Election Day, civil rights groups and some voters are questioning how some county election officials are portraying the state’s voter identification requirements, which a federal judge softened in August.

Among the complaints in pockets of Texas: years-old posters inaccurately describing the rules — more than a dozen instances in Bexar County — and poll workers who were reluctant to tell voters that some could cast ballots without photo identification.

Though it’s not clear that anyone walked away from the polls because of misinformation or partial information, civil rights advocates called the sporadic reports troubling.

“Not everybody is an aggressive voter. Some people are shy and laid back, and if you’re told you have to have an ID, it might cause them to get out of line and go home,” said Jose Garza, a lawyer working for groups challenging the state’s strict 2011 voter ID law.

In July, a federal appeals court ruled that the law discriminated against minority groups, who were less likely to possess one of seven forms of acceptable photo identification.

In August, a federal district judge drew up a temporary fix for the election, which splits Texans into two groups. Those who possess qualifying photo ID must bring it to the polls. Those who cannot “reasonably obtain” one must present a document showing their name and address, such as a utility bill, bank statement, paycheck or voter registration card. They must also sign a statement noting the “reasonable impediment” that prevented them from getting a photo ID.

And in another twist in September, the judge ordered Texas to rewrite certain voter education materials, siding with those who accused it of misleading voters on the softened requirements.

The fast-moving litigation triggered worries about voter confusion, which a survey this month by the University of Houston Hobby School of Public Affairs illustrated. Of 1,000 registered Texas voters polled, 44 percent said they believed the state required a government-issued photo ID to vote, while 26 percent said it wasn’t required. Most of the rest said they didn’t know.

Now, after two days of early voting, some complain that local elections officials are only further muddying Texans’ understanding.

In Bexar County, for instance, lawyers for the Mexican American Legal Defense and Educational Fund said they spotted outdated posters — those describing the strict 2011 ID rules without the new caveats — hanging in at least 14 of the county’s 43 polling places at various points during early voting.

“This is a situation where the Secretary of State produced [updated] materials, and you can find them online,” said Nina Perales, the group’s vice president of litigation. “The idea that polling place supply boxes were being filled with the wrong posters is so incredibly frustrating for people who have been working on this issue for years.”

Donna Parker, a spokesman for Bexar County Clerk Jacque Callanen, said Tuesday afternoon that the old posters had since been replaced with accurate ones.

But Perales disputed that the problem was fixed, saying that her group spotted eight polling places on Tuesday that still had misleading info — outdated posters either hanging alone or adjacent to the updated signage.

Alicia Pierce, a spokeswoman for Texas Secretary of State Carlos Cascos, noted that litigation forced the state to redesign its official posters “very recently” and said her office this week reminded clerks statewide to make sure polling places displayed the correct one.

In Bexar County and elsewhere — including Harris and Travis Counties — several voters told The Texas Tribune that poll workers would not mention that Texans who lacked photo ID could still vote, or did so only when challenged.

Scott Rothenberg, a Houston attorney, said he repeatedly heard a worker at his bustling polling station Monday tell those waiting in line to get their photo IDs ready, without mentioning additional opportunities to vote.

Rothenberg said he challenged the poll worker’s omission, sharing concerns that it might scare off some qualified voters. She refused to alter her routine until an on-site election judge stepped in, he said.

“You always want to believe that these are merely errors that could be fixed with better training, or errors based upon inconsistent information,” Rothenberg said. “You always hope that it is not is an effort to disenfranchise certain voters.”

He shared the experience on Facebook in a post that has generated more than 140 comments, including several from other Texans who heard similar messages at the polls. Among them: Texas Ethics Commissioner Mary K. “Katie” Kennedy, who also voted in Houston.

Hector DeLeon, a spokesman for Harris County Clerk Stan Stanart, said he was not aware of such complaints but suggested those workers — dealing with record-high turnouts — were simply trying to speed up lines by ensuring those with photo ID would not fumble with it once they reached the front.

“Because of the high volume of voters, they are probably unwittingly not being completely accurate,” he said in an interview. “But it’s not malicious intent.”

“If you’re going to say something that’s only half true, and people are going to step out of line and go home, that’s voter suppression,” she said.

Asked about those Bexar County reports, Parker, the clerk’s spokeswoman, said in an email: “The line walkers with the portable electronic tablets are there to expedite the voting process by gathering voter information before the voters get to the table.”

Pierce said the secretary of state’s office wants to know about any abnormalities voters spot at the polls.

“We encourage people be the eyes and ears,” she said. “If you see something, say something.”

DID YOU HAVE ANY TROUBLE VOTING? Text us your experience by joining the ElectionLand project. We’ll check in to find out how long it took you to vote and whether you had or saw any problems. Sign up now by texting TEXAS VOTES to 69866.

Tags: how do i vote where do i vote 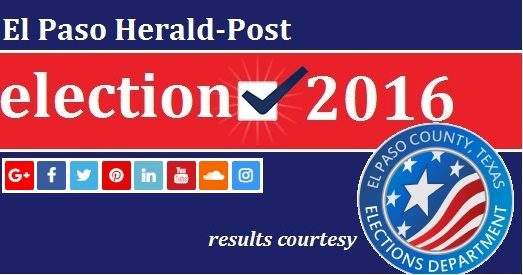 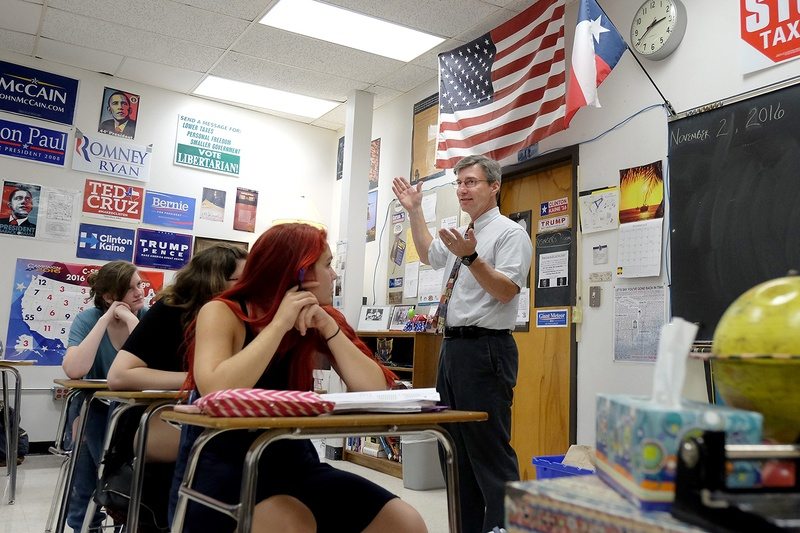 Teaching to the Sext: How Texas Educators...