“The beggar stretches out his hand not to ask, but to give you the kingdom of heaven, and you do not notice.” Elder Arsenie Papacioc

Over the last couple of weeks, El Paso has seen an influx of migrants fleeing to our border in order to seek safety, prosperity and a hope at the American dream.

During this same time frame, we’ve also seen the best, and worst, the Sun City has to offer.

I have witnessed – and been part of – a large group of people who banded together, from all walks of life, seeking to help these people, these families that are now in the United States. We’ve provided shelter, food, clothing and a way for them to connect with family within the US.

It’s an amazing thing to see firsthand how grateful they are for what is being done for them. Personally, I wish I could do more for them, we all do.

Then, on the other side of this coin, is a small group of very vocal individuals who seek nothing more than to exploit and possibly profit from these same individuals who are just seeking the same chances we’ve all had.

These same individuals are calling these migrants an invading force, illegal aliens, and worse. There are even a few who follow them around, harass them, and Facebook live their misleading rhetoric. It’s very sad.

I’ve spoken to people on both sides of the fence, those who are seeking to help these individuals and those who seek to bar them entry. The former gives me hope that America has not yet lost its core values. The latter, they leave much to be desired.

“We aren’t wanting them here,” says Chuck Lamb. “All they are doing is coming to take our jobs and start robbing our homes.”

The man with Mr. Lamb, who didn’t want to be identified, offered his opinion.

“Our President is right,” he said. “We must follow him. He was put there by God. He for sure knows who these people really are. President Trump knows!”

“Let every soul be subject unto the higher powers. For there is no power but of God: the powers that be are ordained of God,” said Mr. Lamb.

I did mention to Mr. Lamb and his friend that that verse would also include all leaders, not just the President of the United States.

After yelling at me, they walked away.

Yet, speaking with others, talking about why they do what they do, many of them did quote scriptures.  Ester, not her real name, told me of the Good Samaritan and the story of Mary Magdalene.

“When Mary Magdalene was anointing the feet of Jesus with expensive spikenard, Judas protested,” said Ester. “Jesus explained to Judas that we will always have the poor with us. For many years, I didn’t understand that. Then, it came to me that it’s a promise that He will always allow us the opportunity to be Christian. It’s not just a statement of fact. Look around you; there’s need everywhere. I promise you; you will always have the opportunity to honor Him.”

“It’s also paying it forward because I’ve been helped,” she added. “Christ promised us that we would always have the opportunity to help. Because if you don’t, you cannot be a Christian.”

It’s true, to be a Christian you must help, you must assist. By not doing so, or being selective in who you help, you are closing the doors to heaven.

It’s not solely a Christian effort to help, to assist. No. I did become involved in this because of Father Joseph Hector Abouid of St. George Antiochian Orthodox Church here in El Paso.

We’ve also become involved in a larger group of individuals who are helping under the coordination of Freddy Klayel Avalos. Why is Freddy helping?

“I’m helping because my dad is a Palestinian refugee and I understand the prosperity and advancement that he achieved in live are in a large part to the aid he received from people that were willing to help him and his family out,” says Avalos of Shine On El Paso.

“It’s important that people help,” says Freddy, “because in the age of social media it’s easy to read about the effort and the mission and see pictures, but it still takes manpower, womanpower to get things done, to donate, to carry, feed, cook and more. No technology or media outlet is going to do this for them; it takes a village.”

That village includes local business owners.  “I’m helping because I can,” said one business owner. “This time of year, you see these kids. I wanted to give.”

When you see a child, who was just given a jacket become so animated, so excited, it makes your heart swell, and your spirit soar. For someone to be so happy about receiving the gift of a jacket, to see how their eyes shine, to see that smile, it is life changing. It is truly life changing.

Another person from the local business community, Ronnie Lowenfield and the team at Casa Ford Lincoln have helped as well. Why?

“I see people trying to improve the quality of their life, and if I can provide a hope spark to that end simply by giving a warm blanket, smile, and hug, I don’t know why I wouldn’t help,” said Mr. Lowenfield. “If dozens of people hadn’t sacrificed their “rights” or “agendas” for me throughout my life, I’d be nothing, and so I guess this could just be that humility and compassion living itself through me today.”

I also spoke with one volunteer who is working directly with the refugees. “These people need help, and I have no excuse not to be here, you know,” he said. “We are all immigrants, everyone here speaks Spanish, has family in Mexico or someplace else.”

Yet, there’s more to why we should help.

“I believe it is our duty, and great honor, as humans to care for all human life regardless of race or nationality, especially the outcast and marginalized,” says Lowenfield. “I also think that every time a person serves another and lays down their life even for a minute for them, the world is a better place for everybody.”

That is a point I cannot emphasize enough. Very few of people and the number grows smaller each day, can be counted among the First Nations. Most everyone you see, most everyone you encounter, their family had to come here from somewhere else:
Mexico, South America, Germany, Cuba, Ireland, Russia, and the list goes on and on.

Yet, we seem to be forgetting that in a misguided push for Nationalism (I have a problem with anyone who says they are a Nationalist. That word has very negative connotations to it).

We all came from somewhere, and we should all help. Period.

“In my times of need,” said the volunteer, “there have been other people to help me, strangers that helped me out. It’s my opportunity to give back, and the community has been giving back as well.”

This volunteer told me he couldn’t count the number of people he helped process, but he had yet to meet a murder, a rapist, a drug dealer in the groups he’s seen.

“These are families,” he says. “They are escaping poverty, escaping the hardships of their country, and they come here seeking a better life like everybody else did.”

Then I met María, near the Greyhound bus depot in Downtown El Paso. Maria was born in Teotitlan del Valle, Oaxaca, Mexico in 1942. When I met her, she was watching, crying and saying a rosary.

“I want more to be giving,” she said. “I give my coat, and for one some camisas (shirts) Now, I have for them this rosary I pray and hopeful heart and wishes.”

As the one volunteer said, he has yet to meet someone who is a criminal. That is a point a lot of people are missing, like our own local agitator, InfoWars and even the President of the United States.

As these individuals, as these families present themselves to Border Patrol, Customs and Border Protection Agents, or others working along our nation’s borders, they are not simply granted wholesale entry.

No, there is a process that they must go through. When they come and request asylum one of the things the must undergo is a
background check. Have bad actors presented themselves at the border and attempted to gain entry under the guise of asylum seeker?

Yes, it’s happened. What you don’t hear is that those individuals have been taken into custody and removal proceedings have begun.

CBP and Border Patrol are very good at doing their jobs. They follow established protocol and admit those who qualify. They are not simply bussing in groups of illegal aliens and leaving them at Greyhound. Nor is this some elaborate and staged event as some have claimed.

These people are individuals who need our help, who need our compassion. What they don’t need is to be hounded, castigated or maligned. They are, just like you, human beings with hopes and dreams.

“I’m very proud of my community,” says Avalos. “Private citizens are stepping up to face a federal crisis, and people from all over the country are also pitching in and helping with what they can.”

“I think this is a tremendous opportunity for us to show the rest of the world what El Paso does better than any other community I’ve ever seen,” adds  Lowenfield. “Care and personally sacrifice for others as if they were their mother or father, sister or brother, daughter or son, expecting nothing in return.  This is a key ingredient that I think makes El Paso the greatest community in the world to live my life
and raise my family.”

As President Ronald Reagan once said:

“Through this Golden Door, under the gaze of that Mother of Exiles, has come millions of men and women, who first stepped foot on American soil right there, on Ellis Island, so close to the Statue of Liberty.

These families came here to work. They came to build. Others came to America in different ways, from other lands, under different, and often harrowing conditions, but this place symbolizes what they all managed to build, no matter where they came from or how they came or how much they suffered.

They helped to build that magnificent city across the river. They spread across the land building other cities and towns and incredibly productive farms.

They came to make America work. They didn’t ask what this country could do for them but what they could do to make this, this refuge the greatest home of freedom in history.

They brought with them courage, ambition and the values of family, neighborhood, work, peace and freedom. We all came from different lands, but we shared the same values, the same dream.”

If you would like to help, you can a charitable contribution to Annunciation House; They have a secure way to give on their website.
If you have physical, nonperishable items, you can take them 5801 Silver Springs Drive, to the office of Shine On El Paso.

You can also message them, via Facebook, and they can make arrangements with you.

Let’s show the world that El Paso – that America – can rise up to any challenge, and help those in need. 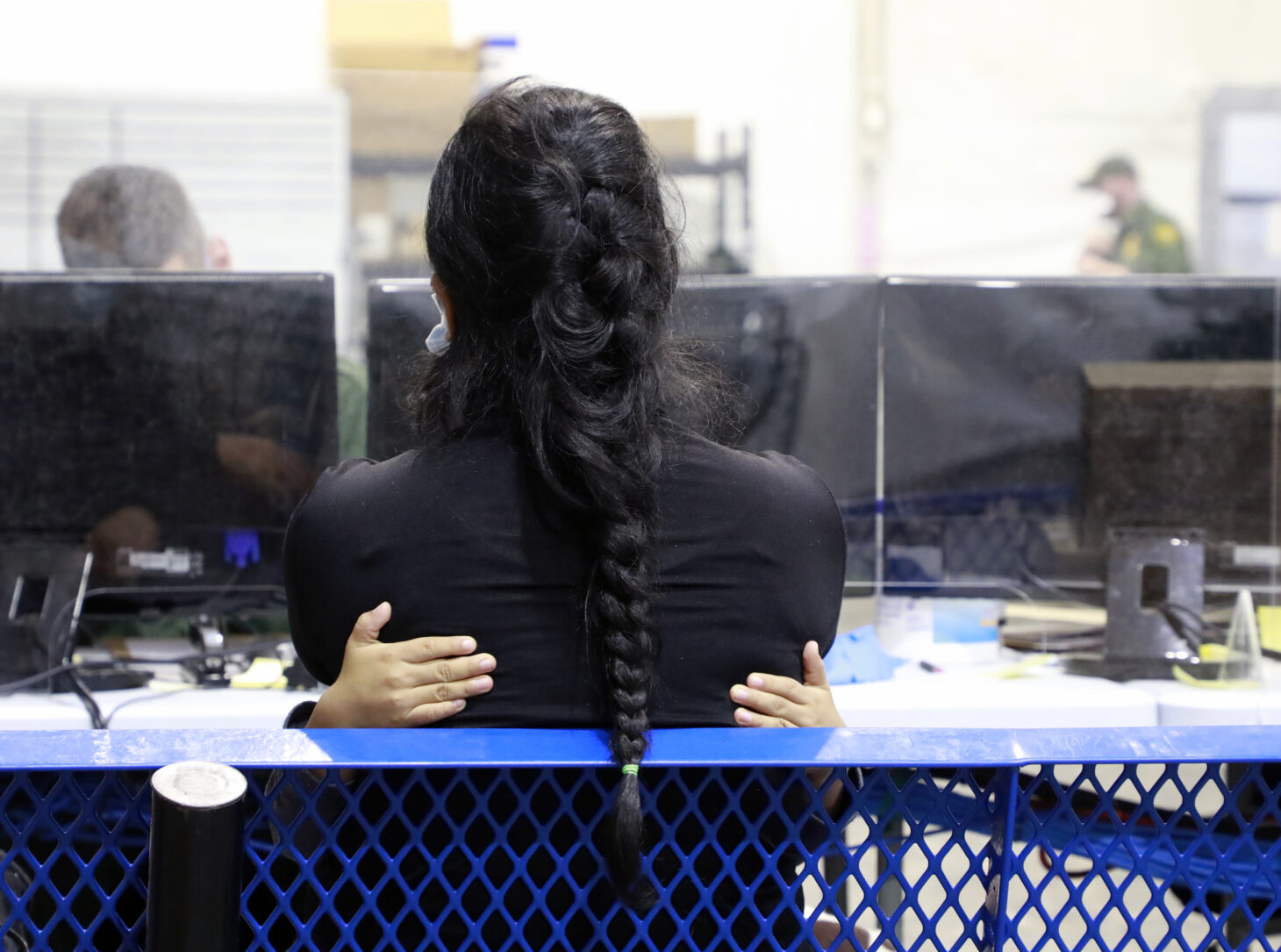 Story in Many Pics: ‘Faith Action’ at...