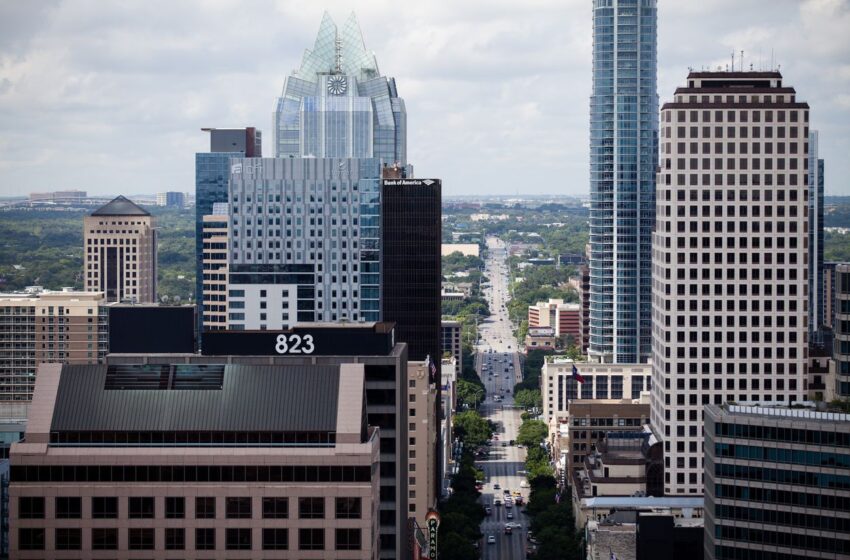 Whether you feel sorry for them or not, Austin ISD property taxpayers will be sending $533 million of their local school taxes to the state for redistribution to poorer districts in the next school year.

That means that about 35 percent of the local school taxes collected in that district are spent elsewhere — the biggest “recapture” rate in the state.

And as far out as that might seem, it’s a sign that the state’s school finance system is working just the way state officials designed it to work. The state government puts up some money. The federal government puts up some money. Local school districts put up some money. They even out the spending per student, making (somewhat outdated) adjustments for costs of living, for different kinds of students with more expensive educational needs and for local districts’ ability to raise money from property taxes.

The better-off districts contribute some of their locally raised money to the districts where property tax revenue doesn’t cover the local cost of schools.

In Austin — the poster child for recapture in Texas right now — the school district is telling taxpayers they’ll be sending $2.6 billion to the state over the next five years. Property values are soaring and have been for years, and even in a better-balanced system, AISD would probably be putting money into the pot for school districts elsewhere.

If state lawmakers can find the money to do it and get past their partisan and personal differences in these last days of the special session, they could increase state funding for education by up to $1.8 billion.

That money is hard to find, in part because so many legislators and honest number-crunchers either object to using the state’s savings account — known as the Rainy Day Fund — or to deferrals and other accounting tricks that can balance spending in the short term but have to be repaid later.

The Rainy Day solution eats into savings — and does it for ongoing expenses, to boot. The other — deferrals and accounting tricks — increase the size of the hole (already estimated at $7.9 billion by the Texas Taxpayers and Research Association) that will face budgeteers when the next Legislature assembles in January 2019.

Lawmakers are also talking about forming a commission that would study school finance, presumably to burn down the current setup and build a shiny new one in its place. Gov. Greg Abbott could put a commission like that together if the Legislature fails — former Gov. Mark White, who died last week, did just that in the 1980s to push the overhaul of public education generally regarded as White’s grand achievement.

That has public officials in places like Austin considering some creative financing of their own.

That’s got city officials talking publicly about raising taxes to move some non-educational school spending from the school district’s budget to the city’s budget — think maintaining buildings or watering lawns — to keep that money out of the reach of state school finance formulas. The idea here is that more of the money raised locally would escape the state’s recapture. Yes, city taxes would rise. But school taxes would drop. And less money would go to the state. It’s original — give it that — but it’s not something you’d see coming from a good government think tank.

Here’s a measure of how dysfunctional school funding has become in Texas: Austin’s ludicrous workaround would be an improvement.