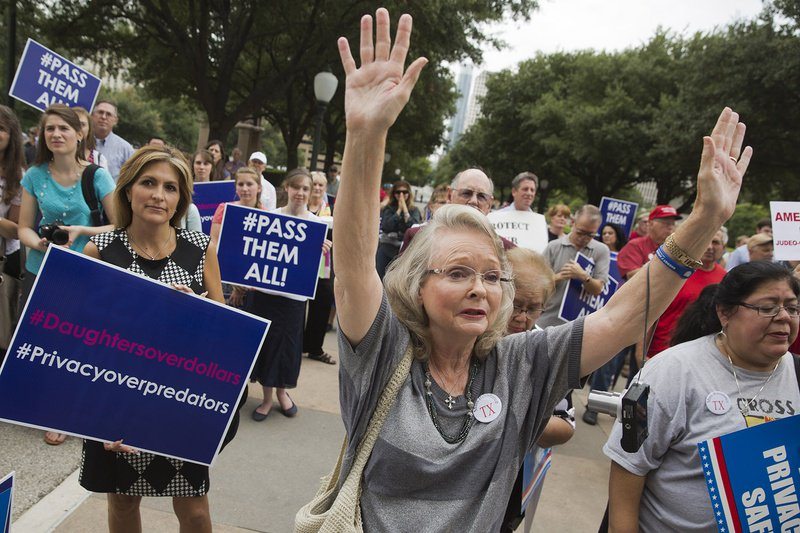 Think Gov. Greg Abbott is still glad he called them back?

The Texas Legislature’s special “20 for 20” session has predictably bogged down. Abbott put together a to-do list tailored to please Lt. Gov. Dan Patrick’s Senate and, conveniently, to erase any argument that he’s not as conservative as Patrick.

By that scorecard, the governor is going to be fine. If, however, you are the person in your office pool who bet that all 20 items on Abbott’s agenda would find their way into the law books, your cookie has crumbled.

The House and Senate ended this year’s regular session at odds. If anyone attempted to make peace, they did it privately and they failed. The Senate started the July-August special session at full speed. The House has slow-played. Patrick expressed his frustration last week, saying he hadn’t had a serious parlay with House Speaker Joe Straus in months.

That explains the progress they’re making, why the lieutenant governor’s pet project is stalled and why a number of the governor’s other requests are languishing.

Abbott’s troops are getting snippy, too, barking at would-be House ethics reformers via both mainstream and social media. Ethics isn’t on the special session agenda, but a group of Republicans and Democrats asked the governor to add it. One of them, state Rep. Lyle Larson, R-San Antonio, got Abbott’s goat earlier this year with a proposed ban on pay-for-play appointments, where a governor rewards big

political donors with choice spots on state boards and commissions.

An Abbott spokesman called that “showboating.” Straus weighed in, saying the governor ought to add ethics reform to his list. A House committee opened hearings on Larson legislation that had been vetoed by Abbott earlier in the year.

Abbott’s chief campaign adviser, Dave Carney, tweeted that one of the leaders of the ethics effort, Rep. Sarah Davis, R-West University Place, was a “hypocrite” for asking for reforms now, after killing a bill this year that would have blocked lawmakers from leaving public service and immediately becoming lobbyists.

It’s not the kind of thing that deserves much attention, except as an illustration of how the Texas legislative machine’s gears are grinding.

Addition is harder than subtraction in legislative arithmetic. That’s why Straus is whomping Patrick on the bathroom bill. It’s easier to kill legislation than to pass it — especially when the public is divided.

Advocates of the “bathroom bill” seemed to have the upper hand during the regular session. Business leaders were slow to rally against it, though they were implored to get involved by Straus and others. The governor didn’t weigh in until late and then backed a version of the bathroom bill that couldn’t clear the opposition in the House. The version that did was too weak for the Senate’s taste.

In the special session, the outside tide appears to have turned. Businesses and other opponents that were quiet earlier in the year have piped up, offering what one called “cover to the weak” in the Legislature. There’s some evidence of that — and of pressure from House leaders — in the number of members who’ve signed on as sponsors of the bathroom bill. In the regular session, 80 of the House’s 150 members were on board. As of last Friday, with a dozen days left in the special session, there were only 49.

That bill hasn’t passed, but neither have bills that probably will pass before the special session is over. Give limits on future local property tax increases — a controversial issue that failed in the regular session — a reasonable chance of success.

What Patrick calls the privacy bill, others call the bathroom bill. An initial slogan for proponents — “no men in women’s bathrooms” — is largely responsible for that. It stuck, like toilet paper to your shoe. It quickly became apparent that this issue splits Republicans in a way that makes it difficult to guide through the Legislature and also useful as a wedge issue in Republican primary elections where social conservatives face social moderates.

Patrick tried to play bully rather than salesman this time, touting his polls on the subject and trying to force the House to do something it was initially reluctant to do. He pushed hard enough to move them from reluctant to resistant to oppositional.

Also, he’s losing: The Senate sped its bill to the House, where it has remained, waiting to be sent to a committee for consideration, for more than a week.

Come election time, each of the three leaders will have a way to brag about the results and rally voters, but only one of them is getting the policy result he really wants. That’s Straus.

That can’t be the result the governor had in mind when he called lawmakers back to Austin.