House Speaker Dennis Bonnen has said he won’t seek a second term in a job he has held for less than a year. Miguel Gutierrez Jr./The Texas Tribune

This is going to sound a little sarcastic, but don’t read it that way: Let us salute the voters who aren’t paying attention to every single dadgum thing that happens in Texas politics.

The latest University of Texas/Texas Tribune Poll revealed that 68% of Texas registered voters know “a little” or “nothing at all” about the controversy that forced House Speaker Dennis Bonnen to say he won’t seek a second term in a job he has held for less than a year.

Bonnen’s collapse has hardly been quiet: He and state Rep. Dustin Burrows, R-Lubbock, were recorded talking politics with an activist who proved not to be a confidant. They offered media floor passes to the House and listed 10 Republican House members they’d like to replace. Bonnen spent weeks trying to work his way out of the jam he created, but when the full recording was finally made public last month, his support in the House buckled and he announced his intention to leave.

As it unfolded from late July to last month, Bonnen’s self-made mess was a huge story for the political class, a top item of conversation and intrigue among state employees, lobbyists, journalists and political consultants.

But for normal Texans, it was just a political sideshow. The same UT/TT Poll found 20% of voters approve of the job Bonnen is doing in office, 25% disapprove — and 55% have either a neutral opinion or no opinion at all. Most didn’t know much about Bonnen before, and this indiscreet political scheming didn’t have any direct effect on most of them.

No wonder they weren’t paying attention.

Bonnen, on his way out, is slightly better known than the pack of Democrats who hope to be on their way into a nomination for U.S. Senate in next year’s primaries. But it’s another instance of something that’s more important to the political chatterers than to the voters.

The best known of nine candidates who’ve said they will run for Senate — Chris Bell of Houston — is unknown to 76% of Texas registered voters who identify themselves as Democrats.

And Bell has been on Texas ballots again and again, as a candidate for governor, Congress, mayor of Houston, Houston City Council, Texas Senate and the Texas House. All of that, and just 24% of Democrats in the poll pointed to him when asked, “Which of the following potential 2020 Democratic U.S. Senate primary candidates have you heard of?”

And even with that, he was well back in the pack of candidates — sixth, with 3% — when those same voters were asked whom they would vote for in a Democratic primary held today. MJ Hegar of Round Rock finished first, with 12%. Come to think of it, she was third, behind “haven’t thought enough about it to have an opinion,” with 41%, and “don’t know,” with 16%.

Voters aren’t paying attention yet, which might be alarming to people steeped in political conversation all of the time but is perfectly natural for the normal humans all over the state.

It’s not time yet.

U.S. Sen. John Cornyn, running for reelection next year, has been in that job since 2002. He was elected to statewide office three times before that — twice to the Texas Supreme Court and once as attorney general. That’s six elections in front of the state’s voters over almost three decades. Yet the poll found 31% of Texans have neither a positive nor negative opinion about him.

Like most people in politics and government, he’s just not part of their daily dose of necessary news, and he probably won’t be until it’s time to decide whom to send to Washington for the next six years in the Senate.

The voters aren’t wrong; they’re just not obsessed. They have strong opinions about a lot of public issues, from immigration to gun laws to climate to impeachment investigations. They’re sometimes very opinionated and partisan.

But with a few exceptions — presidents are the easiest example — they don’t mistake their elected officials for celebrities. That seems healthy, doesn’t it?

Disclosure: The University of Texas has been a financial supporter of The Texas Tribune, a nonprofit, nonpartisan news organization that is funded in part by donations from members, foundations and corporate sponsors. Financial supporters play no role in the Tribune’s journalism. Find a complete list of them here.

Analysis: The middle is intriguing but uncrowded... 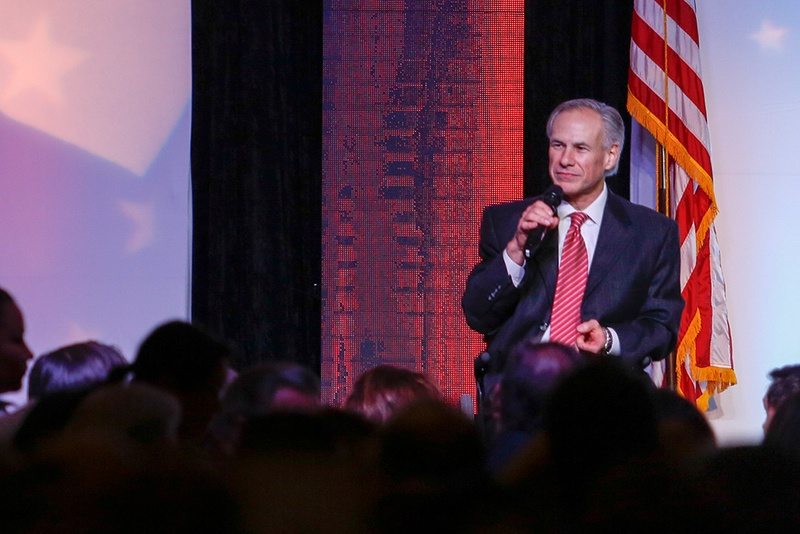