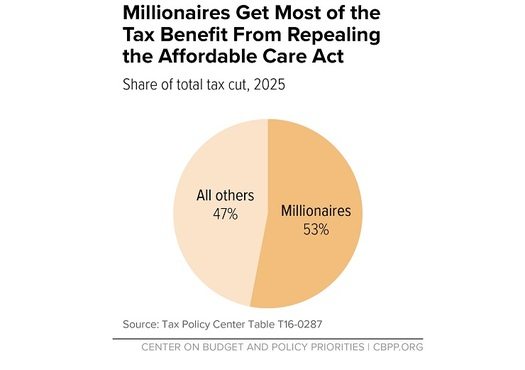 CHARLESTON, W.Va. — Repeal of the Affordable Care Act without immediate replacement would throw the U.S. healthcare system into turmoil for the next three years, according to economists.

The Urban Institute projected that the most likely plan for repeal would leave nearly 30 million Americans uninsured by 2019, send insurance markets into chaos and threaten the economic viability of hospitals around the country.

Edwin Park, vice president for health policy at the Center on Budget and Policy Priorities, predicts insurers will start canceling coverage in the face of billions of dollars in losses if there is no longer a mandate for consumers to buy insurance. But, Park said, the largest impacts may come in two years, when the repeal of the Medicaid expansion and the insurance subsidies that help people pay for coverage will likely kick in.

“More than doubling the number of uninsured that otherwise would occur,” Park said. “And that would be a higher number than was in place pre-Affordable Care Act, because of the virtual collapse of the individual market that would result.”

President-elect Trump and Republicans in Congress have criticized Obamacare for its rising premiums and reduced choice of doctors and insurance options. They campaigned on the promise of immediate repeal, even though the program has just finished its largest signup period ever.

First up for repeal are the taxes, mostly on high-income households, that pay for much of the program. Park said they found that more than half of these tax cuts would go to the rich – millionaires or richer – according to Congressional Budget Office figures.

Without that revenue, he said replacing the ACA would be difficult, or could require taking funds from Medicare or Medicaid. Park said that could explain the delay.

The Urban Institute projects that, by 2019, healthcare providers will have to give four times the amount of uncompensated care they do now. Park said in that year, they will also lose $146 billion in revenue because they have fewer patients with insurance – which will be a threat to many hospitals.

“Rural hospitals in states that have seen improvements because of adoption of the Medicaid expansion in their states – that would all be reversed, and more, under ACA repeal,” Park said.

More information is available at cbpp.org