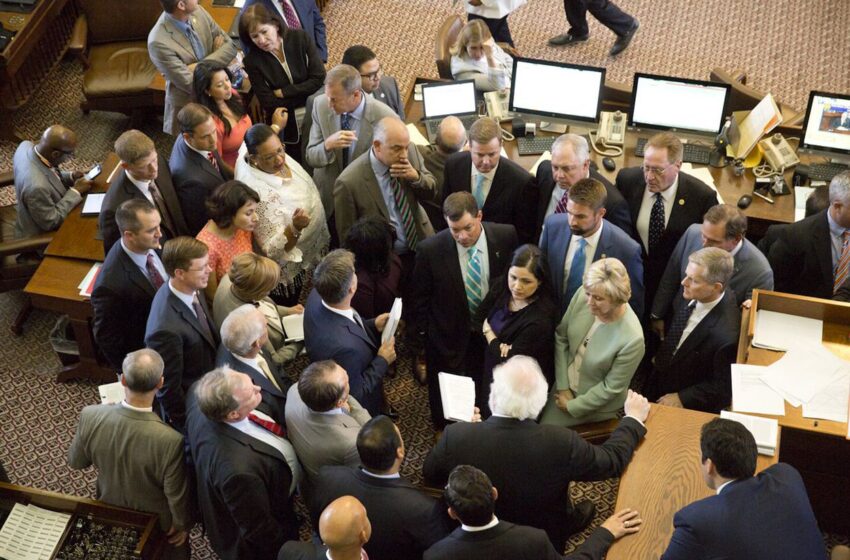 Suppose you were the most conservative member of the Texas House — or the most liberal.

You are in real danger of being ignored when it comes to picking the next speaker of the House — the man (probably) or woman (it would be a first) who will replace Joe Straus, R-San Antonio.

Republicans have a strong majority right now, with 95 of the House’s 150 seats. They’re likely to hold a substantial majority next year, given the conservative leanings of Texas voters and the biases built into the political maps from which House members are elected.

And they’re talking about cutting the Democrats out of the election for the next speaker — not a new idea, or an enforceable one, but one that would potentially move the already conservative leadership of the Texas House to the right.

That phrase — “already conservative” — is at the center of the debate. This is the House, after all, that stopped some of the legislation sent over by the decidedly conservative Senate, giving some evidence to those who think the House isn’t conservative enough. It’s also the House that passed one of the most stringent immigration laws in the country — the so-called “show us your papers” bill that would allow police to check the immigration status of anyone they pull over for traffic or other stops. That’s the evidence for those who think the House, while not as far to the right as the Senate, is well to the right of its predecessors.

Now that House, however you’d like to classify it, is deciding what it wants to be after the 2018 elections. Even when the House and Senate are politically in tune, they are institutionally allergic to one another.

Even so, some of the House’s most conservative members would like to move in the Senate’s direction, politically speaking. They think Straus is insufficiently conservative and contend that his support from Democrats in the House is part of the problem.

The Democrats, of course, would love to have a Democrat in the top job or — short of that — the least conservative Republican they can find.

That most conservative member of the House would like to get a speaker from the most conservative part of the membership; one way to get that going is to get the Republicans in the House to agree on a candidate and then to elect that person even if every single Democrat objects.

That most liberal member of the House would rather elect a speaker with all of the Democrats and just enough Republicans to get the required 76 votes; in the current House, that would be 55 Democrats and 21 Republicans.

The House’s Republican Caucus will meet Dec. 1 to talk about the next speaker election and to hear from members hoping the caucus will stick together and vote as a bloc. In a state with at least two oppositional factions within its Republican Party, that’s no easy thing. The conservatives don’t want a moderate; the moderates might have a better chance at electing one of their own by siding with Democrats.

The Democrats are hoping the Republicans will remain split and that the next speaker will have to draw Democratic support.

A GOP working group found that party caucuses in 39 other states choose speaker candidates and vote as blocs. In many of those, as in Texas, it’s up to the full House to finally decide who presides. And here’s the thing: Texas doesn’t have a strong party structure in its Legislature, where majority and minority leaders have real power and where committee chairmanships all go to the majority.

As a practical matter, that leaves state representatives free to vote for the speaker that’s best for them — whether that suits their parties or not. If the caucuses had control over committees or rules, they’d be in a position to enforce caucus preferences for speaker — requiring each of their members to vote with the bloc or else. They don’t.

Still, they’re set to talk about it. Their proposal calls for a “secure vote” in a December meeting of the caucus preceding the January 2019 legislative session. It doesn’t include a recommendation as to whether that would be a secret or an open ballot. And there’s no provision to keep dissenters on board if they don’t like the candidate chosen by their fellow Republicans.

The process, at this point, is more important than the result. Members are testing each other, slowly figuring out who will stand where in a vote 14 months from now that will set the course for House leadership for several sessions to come. Whether the caucus votes together is less important than the direction they take: Right, left or straight ahead.