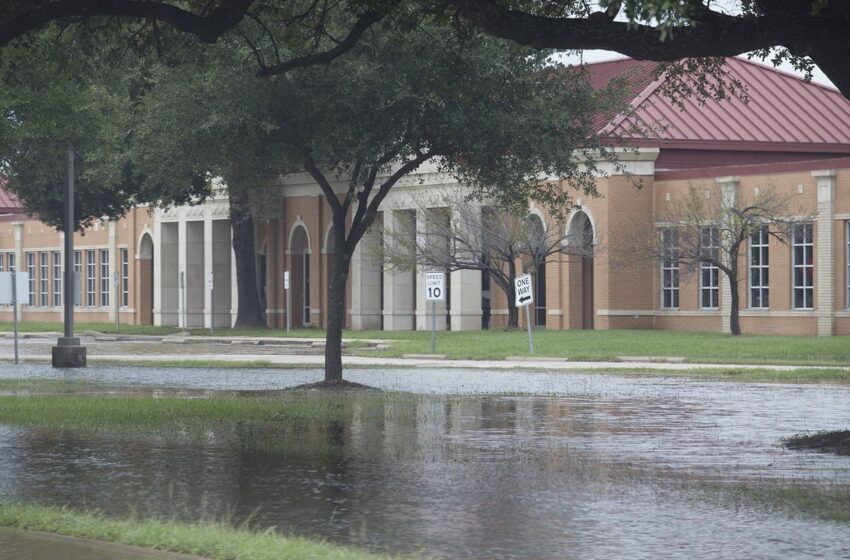 Politics can change as fast as the weather. Hurricane Harvey proved it.

The breadth of the storm’s effect was evident at this past weekend’s Texas Tribune Festival — three days of on- and off-stage conversations about politics, policy and government. The plans for the gathering were in place well before the storm, but Harvey leaked into almost every subject under discussion.

Heck, the storm might have even bridged the abyss between U.S. Sens. John Cornyn and Ted Cruz of Texas, whose differences kept the two Republicans from endorsing each other in past elections. Cornyn said Sunday that their differences were based more on tactics than on ideology, and said he will, in fact, be supporting the junior senator in next year’s elections. “I think it’s really important, particularly in light of the challenges brought by this huge natural disaster, that we stand together as a Texas delegation and there’s no space between Sen. Cruz and me when it comes to doing work for our state,” Cornyn said.

Nearly everything that would have been on the state’s plate between now and the next scheduled legislative session in 2019 has been marked by the disaster. School finance is dependent on property taxes. More to the point, it’s dependent on taxes on properties that are now worth a lot less than they were four weeks ago. Debates over what should be included and paid for in public and higher education now have to include conversations about how to serve students affected by the storm.

A 2017 legislative debate over insurance — spurred by wind and water claims after previous storms — is now in high relief as insured property owners make their Harvey claims and dicker with insurance adjusters and lawyers.

Prisoners have been moved around. Social services have been stretched. People in government and politics who never think about the weather outside of their own towns are now thinking about it every day at the office, trying to sort through Harvey’s work. Lawmakers who were talking about limiting state spending a few months ago are now scheming about how to tap the state’s $10.3 billion savings account, known popularly as the Rainy Day Fund.

“Harvey has changed everything,” House speaker Joe Straus in a Tribune Festival interview. The issues of the next session, he said, “are going to be overtaken by Mother Nature.”

At another festival event on Saturday, the state’s top finance official — Comptroller Glenn Hegar — talked about Harvey’s effect on state revenue, spending, school finance and the Rainy Day Fund. He said the storm would affect the state’s cash flow, but probably won’t change his official forecast for state revenue over the next two years. He was asked whether the Rainy Day Fund ought to be used  for storm costs. “Absolutely,” he said. “What else would you use it for?”

Several issues that dominated this year’s regular and special sessions of the Legislature look different through the Harvey filter. The

biggest — and there was more conversation about this at the Tribune Festival, too — might be the relationship between the state and local governments.

Over the last year, the tension between those two levels of government has escalated. Gov. Greg Abbott has asserted the state’s primacy on a number of fronts, contending uniform state regulations should prevail over what he calls a patchwork of local laws when it comes to issues like texting-while-driving, how fast local taxes can rise, local zoning and permitting rules, and so on.

The response to Harvey has been locally driven. In the storm’s wake, the Austin antagonists have quieted. The storm probably didn’t change anyone’s ideology, but state officials are listening to the people on the ground, largely taking their cues from the locals. An easy example was the governor’s initial call for a Houston evacuation, quickly countermanded by local officials from both parties. The state backed off.

Abbott’s decision to put Texas A&M System Chancellor John Sharp in front on the recovery effort diffuses that tension, too; Sharp has been all over Texas politics for the last 30 years, but he’s a non-combatant in the state-local fight. That debate can wait for another day.

The recovery is part of the federal budget, too. It already put most members of the Texas delegation in an awkward spot, as they asked colleagues for aid after voting to deny it to areas hit by Hurricane Sandy in 2012. Four Texans voted against Harvey aid because the legislation triggered a rise in the federal debt ceiling. None live in areas hit by Harvey, but they earned some ire from colleagues who do; U.S. Rep. Michael McCaul, an Austin Republican whose district extends into Harris County, called those votes “unconscionable.” He’s putting down his markers for coming arguments over federal recovery aid sure to be sought by local and state officials.

The physical damage from the storm is relatively easy to spot, assess and catalog. But it’s becoming more evident that the storm also seeped into every corner of government policy and politics. State leaders who were preoccupied with social and cultural standards and ideas about the role of government a month ago are now bound to more tangible things: Roads, prisons, schools and other buildings, hospitals and shelters.