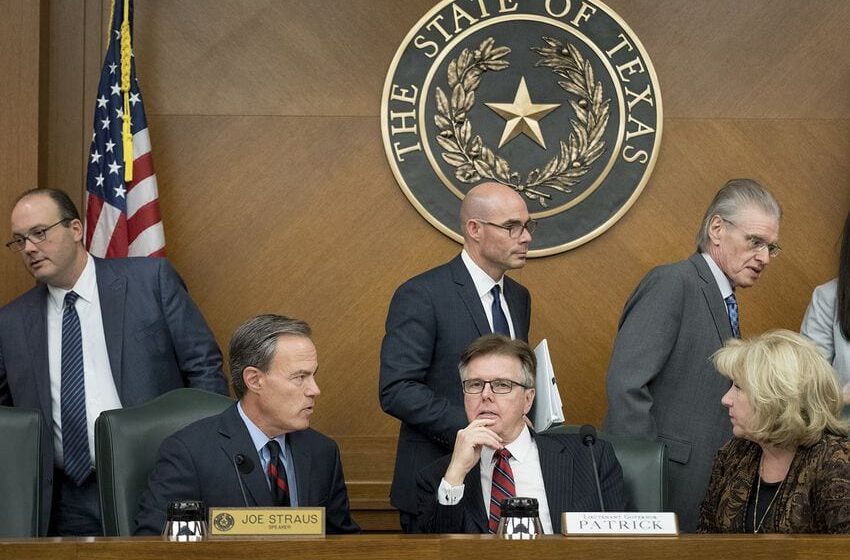 There is a chart on page 205 of the newest edition of a wonky and essential Texas government publication called “Fiscal Size-Up: 2018-19 Biennium.”

You might not be running to look it up — only a particular order of nerds do that — but these numbers from the Legislative Budget Board are going to be the centerpiece of a lot of conversations and arguments over school finance for the next two years.

That agency, co-chaired by Lt. Gov. Dan Patrick and House Speaker Joe Straus, has been producing the reports since 1952 to give lawmakers a periodic look at where things stand in the state’s budget.

This chart tracks what local, state and federal taxpayers have been contributing to public education in Texas over the past decade.

Spoiler: The load has steadily shifted to local property taxpayers.

If you look two years earlier — back to the 2008 school finance budgets that followed the Legislature’s last rebalancing of school budget formulas — some of those shifts are even starker.

Those numbers are the source material of complaints that the state has shifted the burden of public education to local property taxpayers, all while state lawmakers and budget-writers have been critical of what they call spendthrift school boards and educators.

Over that same period, however, the student population grew to 5.2 million from 4.5 million. And when you extract inflation, overall spending dropped 6.3 percent in constant dollars: What was $44 billion in 2010 slides to $41.2 billion in 2019 — even as about 700,000 more kids are added to the school population.

That’s a lot to chew. A couple of interim studies are trying to make sense of school finance in advance of the legislative session that begins in January.

It’s not easy work, if only because the numbers are so big. If you applied 2008’s shares of the public education load to today’s numbers, the system would need $6 billion less from local school districts, about $5.5 billion more from the state, and about $438 million from the federal government.

Those are one-year numbers, and it’s a running problem — not a one-time fix. To keep the state and local shares at about 45 percent each, state lawmakers would have to find $9 billion for the next two-year budget.

Here’s another spoiler: They don’t have that kind of money lying around.

Correction: An earlier version of this column didn’t account for population growth as part of the constant-dollar spending on public education. That spending grew 15.6 percent — not 18.9 percent — from 2010 to 2019.