The results of the 2018 election pointed to a Texas that remains Republican red in elections — but not as red as political folks have come to expect. And those, in turn, raise questions about 2020 and whether Texas will revert to form or take a political turn.

We are also starting a census year, meaning the next Legislature — the one we elect in November — will draw political maps that could determine what happens in the next decade of state elections. Here are some columns from the year exploring that political landscape:

Sorted by congressional district, the 2018 general election results illustrate which members of the Texas delegation will be on Democratic and Republican target lists leading into the 2020 election cycle.

Where control of the next Texas Legislature will be decided

One-fifth of the incumbents in the Texas House serve in districts where less than 10 percentage points separated average Democrats from average Republicans in statewide races. That’s more than enough contested turf to put control within reach of either party.

Political eyes are not all on the Texas prize you think

The top races are more exciting and will get more attention, but the Texas trophy in the 2020 election will go to the party that wins control of the state’s House of Representatives.

After an encouraging 2018, Texas Democrats taking some risks

The 2018 elections put some cracks in the Republican Party’s dominance in Texas elections — enough to attract Democratic candidates into races they used to be too risk averse to consider.

A small, but ill-timed exodus of Texas Republicans from Congress

Three Texas Republicans have announced they won’t seek reelection in 2020, and that might turn out to be an incomplete roster of retirees. It couldn’t come at a better time for Democrats hoping to have a hand in redistricting the state’s congressional delegation in 2021.

While the state’s political class is entranced with allegations that Republican House leaders would like to see some of their GOP colleagues replaced, the real stakes are on what happens when the 2020 primaries are over — and which party is in control when it’s time for redistricting in 2021.

For Texas Republicans, one election is no longer enough

Add a word to the Republican vocabulary in Texas: November. After two decades of GOP dominance, the party’s candidates are still winning, but they can’t safely assume that they’ve got an election in the bag after they win the GOP’s March primaries.

The best antidote for a political scandal? Sound a base note.

The state’s high officials probably don’t want to talk about the uproar around House Speaker Dennis Bonnen. And they’ve got plenty of distractions to keep it that way.

Whatever color Texas is, everybody’s running like it’s purple

Texas has been solidly Republican for a long time, but candidates and political people on both sides are sure acting like the state is competitive.

This U.S. Senate race in Texas isn’t like the last one

Two years ago, nobody knew who Beto O’Rourke was. It turned out not to matter in a race with U.S. Sen. Ted Cruz. But the current race for Senate is different. 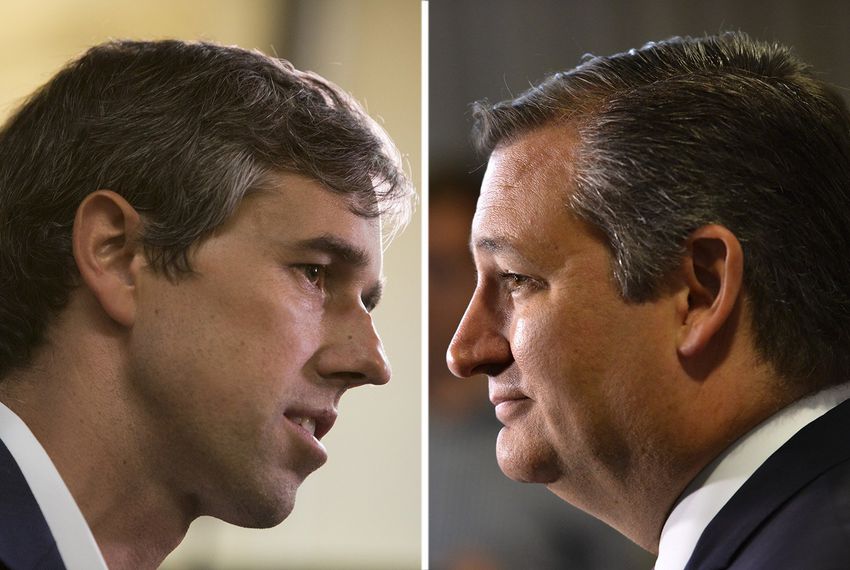