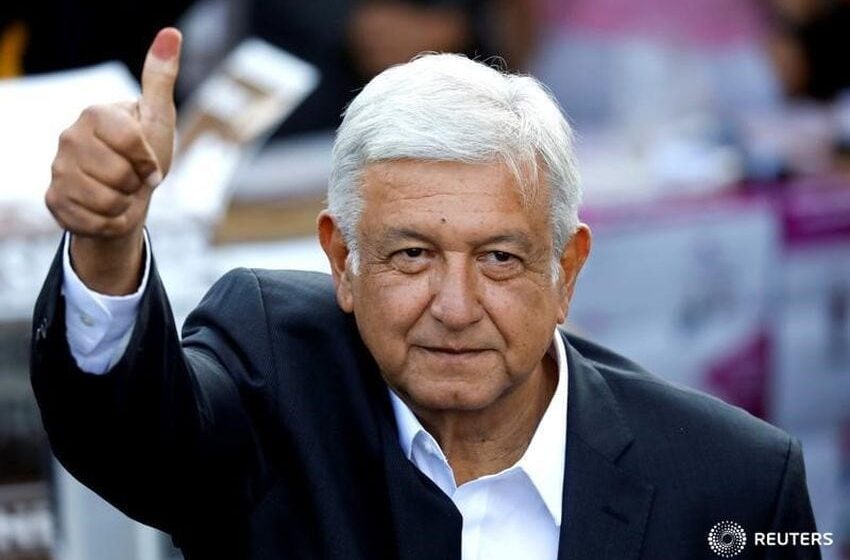 MEXICO CITY — Andrés Manuel López Obrador, who rallied voters with his battle cry against corruption and promises to the poor, won a resounding victory on Sunday night in Mexico’s presidential election, after the concession of his two top rivals. The victory makes him the first leftist president since Mexico began its transition to democracy more than 30 years ago.

López Obrador triumphed with his ‘Morena Party– one that didn’t exist at the time of the last election, against opponents from two parties that have ruled Mexico for nearly a century. The 64-year-old former Mexico City mayor promises to bring his humble lifestyle and distaste for luxury to the top of a political establishment famous for self-enrichment.

Both of his main opponents, Ricardo Anaya and Jose Antonio Meade, conceded to López Obrador and offered their congratulations.

His supporters streamed toward the Zocalo, the main plaza in Mexico City, for a celebration. But many Mexicans were reserved after the concession speeches.

“There is so much wrong. I think some people voted for López Obrador, but the majority voted for a change that we need,” said Fernando Torres, a 23-year-old publicity agent who was walking on Paseo de la Reforma, a major downtown boulevard.

López Obrador’s victory represents an emphatic rejection of the traditional politicians whom he regularly calls the “mafia of power.” In recent decades, Mexico has been led by technocrats and pro-American politicians, while López Obrador’s role models are Mexican independence and revolutionary leaders who stood up to more powerful foreign countries.

President Trump looms in the background of this vote. He has not been a wedge issue in the election — as all candidates have opposed his policies and anti-Mexican rhetoric — but the new Mexican president will have to manage cross-border relations that are unusually fraught.

“We are very conscious of the enormity of the challenge,” said Hector Vasconcelos, the expected foreign minister in López Obrador’s government, said in an interview. “But someone has to try to turn this country toward profound change.”

López Obrador’s opponents have sought to portray him as a dangerous populist who will lead Mexico back to failed economic models of subsidies and state intervention, while provoking more tension with Trump’s administration.

But the unpopularity of President Enrique Pena Nieto and the PRI — which ruled Mexico for most of the past century — hobbled the candidate from the long-dominant party and prompted voters to search for an alternative to traditional political candidates. (Peña Nieto is not running; Mexican presidents are limited to one term.)

López Obrador’s supporters attributed his win to the longevity and personal charisma of a candidate who is running in his third consecutive election and has campaigned in every municipality in the country. His message has remained largely consistent — eradicate corruption, invest in the poor, fight inequality — but got a warmer reception this year due to mounting frustration after a series of scandals in Peña Nieto’s administration and ever-growing drug war violence.

“Voting is the only tool we have to ensure that this corrupt system changes,” said Luis Valdepeña Bastida, 51, who voted for López Obrador in Ecatepec, a densely-populated city north of the capital that has high-levels of crime. “The people are fed up.”

López Obrador grew up in a middle-class family in the Gulf Coast state of Tabasco and began his political career helping indigenous villagers with public works projects, which exposed him to Mexico’s glaring inequality. He broke away from the PRI in the late 1980s and joined a leftist opposition party. López Obrador grew famous as a leader of protests against voter fraud and the abuses of the state-owned oil industry.

López Obrador only has one prior electoral victory. In 2000, he became mayor of Mexico City, where he boosted social spending for single mothers, the handicapped and the elderly. Major projects, such as an elevated highway through the city, and the revitalization of downtown neighborhoods, also boosted his popularity.

After two failed presidential bids, López Obrador, whose nickname is AMLO, has tempered his message this year. While he still emphasizes the fight against extreme poverty, saying it will lead to less violence and a stronger economy, he has portrayed himself as more pro-business and pro-American than in the past. His critics worry he would roll back a recent reform to allow private investment in the oil industry and cancel a multibillion-dollar airport project in Mexico City.

“It’s difficult to know if he’s changed, if he’s now less radical, or if it’s just a political decision to become elected,” said Andres Rozental, a retired Mexican diplomat. “AMLO, at least in his rhetoric, represents a shift much to the left of what we’ve ever seen nationally.”

López Obrador’s critics warn that he will be more combative toward the United States than the current president, Peña Nieto, and that U.S.-Mexico conflict could drastically escalate if he chooses to fight with Trump. In prior years, López Obrador was a critic of the North American Free Trade Agreement, or NAFTA, but he and his team have insisted they want to preserve it and maintain good relations with the Trump administration.

Trump has regularly attacked Mexico for not doing enough to stop drugs, crime and illegal immigrants from entering the United States. He has also initiated a renegotiation of NAFTA, saying Mexico has stolen American jobs, and intends to build a border wall.

López Obrador, who heads the National Regeneration Movement, or Morena, says he plans to cut government personnel and salaries, and prevent funds from squandered through corruption. He intends to use those resources to boost social programs for the poor. Corruption experts express skepticism about this plan.

Alfonso Romo, a wealthy businessman who has been chosen as López Obrador’s chief of staff, told reporters last week that the economic team has met with hundreds of hedge funds and institutional investors as it became increasingly clear the candidate would win.

“Up to now the markets are tranquil,” Romo said, referring to the currency, bond and stock prices. “What does that say? They have believed our plan.”

Sunday’s elections are the largest in Mexico’s history, with voters choosing more than 3,200 positions at all levels of government. Among these are 628 members of the national congress, who will be able to be reelected for the first time in nearly a century; eight state governors; and mayors of more than 1,500 cities, including Mexico City.

The campaign season has been marked by brutal violence, with some 130 candidates and campaign staff assassinated across the country.

López Obrador’s leftist party, the National Regeneration Movement, or Morena, is hoping to capture a majority in congress, which would be a remarkable rise for a party he founded four years ago.

“This is a historic day,” López Obrador said as he voted Sunday. “We represent the possibility of a real change, of a transformation.”

Election day began with seemingly high turnout and long-lines at voting stations. There were reports that sites ran out of ballots before all those who were gathered outside could vote.

In Atizapan de Zaragoza, in Mexico state, more than 100 voters started to protest at the door of a polling station that had closed at 5 p.m., an hour before the official end of voting, because the last of the presidential ballots had already been used. Election officials said they were not responsible for running out of ballots and that people needed to vote where they were registered.

“They said it’s the biggest election ever, and they did not get enough ballots for everyone,” said Oscar Miguel Reyes Isidoro, 51, who was unable to cast a vote.

Mexico has a long history of voter fraud, although elections have dramatically improved in recent years. In the past two elections López Obrador has alleged fraud as a reason for his losses. Election officials insist the voting system is safe and secure.

Maya Averbuch in Ecatepec, Mexico and Dudley Althaus, Kevin Sieff and Gabriela Martinez in Mexico City contributed to this report. 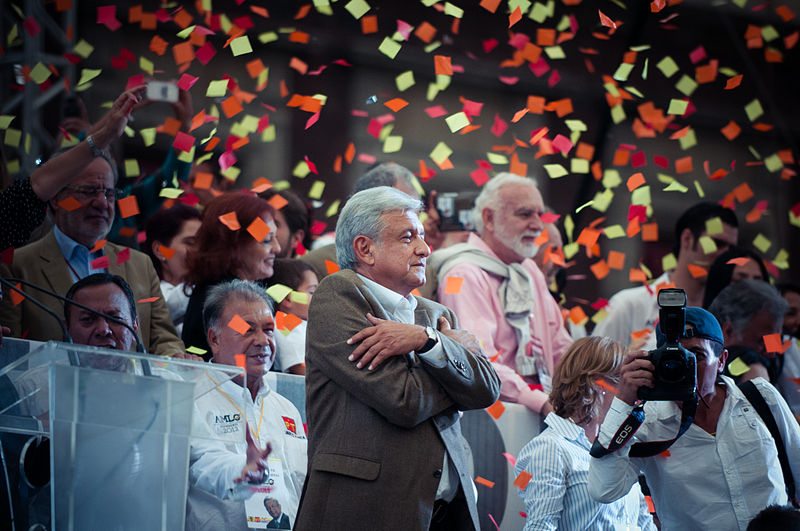