El Paso Animal Services officials are hoping for some holiday cheer to be shared with their many shelter pets, as the department hosts a “Hope for the Homeless” adoption campaign.

The goal of this effort is to adopt 400 homeless animals during the first two weeks of the month, December 1 through December 14.

The Animal Services Center has recently seen a small decrease in its population, but despite the change in capacity, the facility continues to see a large number of animals coming through the doors.

The “Hope for the Homeless” campaign will not only focus on adoptions, but will also include a series of insightful social media posts that will provide the public a look at the number of animals that enter and leave a facility during the same two week period.

The community is not only encouraged to adopt a shelter pet this month, but Animal Services is also encouraging residents to follow the Hope for the Homeless campaign on Animal Services’ social media pages at Facebook, Instagram and Twitter.

WHAT:   “Hope for the Homeless” adoption campaign featuring FREE adoptions on all shelter pets 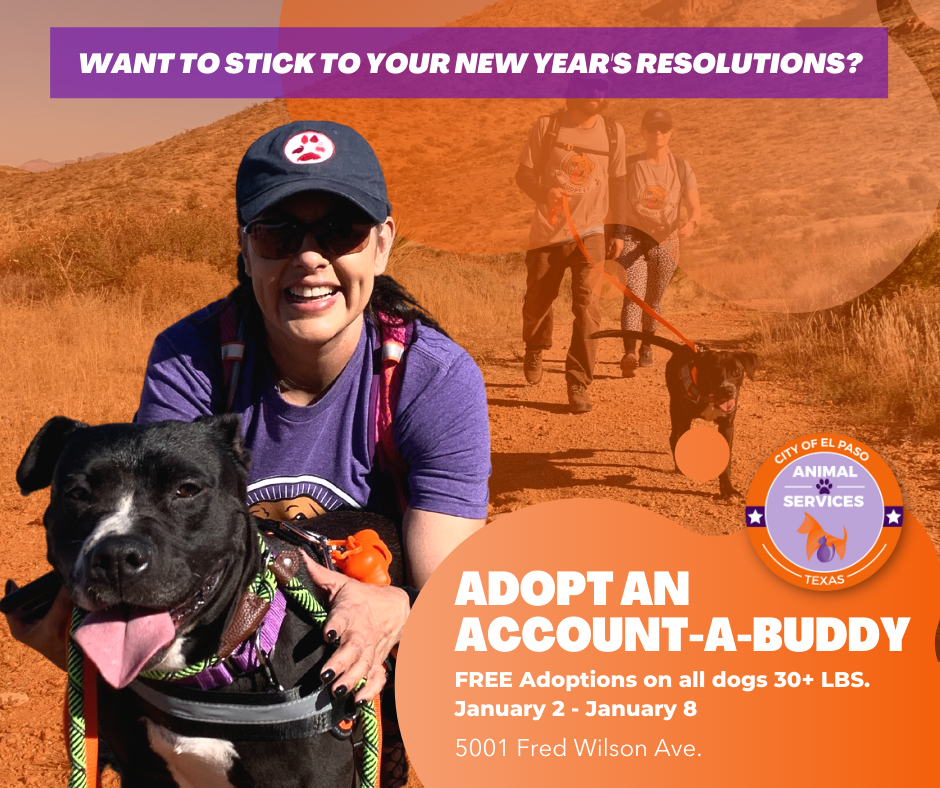 Community Invited to Adopt a Pet as...