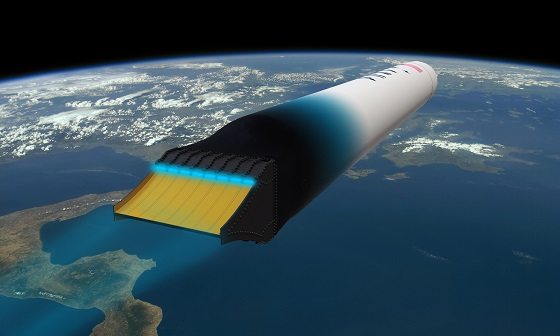 ARCA Space Corporation will display its new single-stage rocket at Arrowhead Center on the NMSU Las Cruces campus from 8:30 to 10:30 a.m. on Wednesday, April 19.

Dumitru Popescu, president of ARCA, said the new rocket is unique in that the single-stage design and advanced composite material construction, along with an engine that is about 30 percent more fuel efficient than current rocket engines, will lower the cost of putting a payload into low-Earth orbit to roughly $1 million per flight.

The new rocket, which will be built entirely in Las Cruces, is currently undergoing the FAA licensing process. Developers are collaborating with NASA’s Kennedy, Ames, Wallops, Marshall, Stennis, and Johnson Space Centers as part of the Cooperative Opportunity Program, aiming to increase the flight readiness of the vehicle. The first flight is scheduled to launch from Wallops Flight Facility on Virginia’s eastern shore in 2018.

Popescu is also beginning discussions with Spaceport America regarding the possibility of launching the Haas 2CA from New Mexico, an arrangement that Popescu and Spaceport America officials say would bring the state’s aerospace industry full-circle with concept, design, production, testing and launch all taking place in southern New Mexico.

Arrowhead Center, NMSU’s entrepreneurship and innovation hub, is located at 3655 Research Road on the NMSU campus.